We recently spoke with music artist, songwriter and creative director Covi about his journey into the music industry, as well as the production process behind his latest song, Thankful.

PH: Please tell us a little bit about yourself and your background.

Covi.: My name is Covi., music artist, songwriter and creative director born and raised in Portland, Oregon. I got into music because of my musical parents constantly playing music growing up. This ranged from Oldies to 90s west coast Hip-Hop and everything in between. I started writing raps at the age of 11 just for fun, but I really got into rapping because I took a music production class my freshman year of high school. I thought it would be dope to rap over the production I was making and that’s really when I never looked back. It was still for fun, but it was my junior year of college where I really thought I could do this as a career. Fast forward to now; I’ve sold out multiple headlining shows in Portland, landed streaming service playlist placements, radio placements in London, and had the featured song in LeBron James’s ‘More Than A Vote’ campaign which starred Damian Lillard and Stacey Abrams.

PH: What was your motivation for writing the song, Thankful? Please tell us what you want people to take away from it? What is the message/meaning?

Covi.: I wrote the song at a time when I had nothing to do but reflect. It was the middle of quarantine due to COVID, police brutality was even more heightened, crime in my own city was getting hectic, I was laid off from my job, but I just couldn’t stop thinking about how thankful I was to be alive. To still be present and take whatever life threw my way. I was able to remain healthy, my friends and family were able to remain healthy, it was just an ideal situation for a very dark reality at the time. I love to be positive and optimistic as a person, so I wanted to take that energy and put it into a song. I wanted other people to listen to that song, feel positive and/or optimistic about their life as well and reflect on what they’re thankful for. Because the song was created at a bleak time, I’ve always visualized it as the sun breaking through the clouds. Frowns are automatically being turned into smiles, the flowers that were droopy are blooming, the whole nine. Like imagine the baby from Teletubbies being the sun, but replace the baby with my face.

PH: What was your production plan? How did you decide on the video concept? What gear did you use to shoot? How about audio and post production editing?

Covi.: Initially, the music video had a very loose concept. The goal was to encapsulate everything I was thankful for. My videographer, Riley Brown and I first knew that we wanted sunset shots in the summer because Portland has some of the most beautiful sunsets. The shot of me overlooking the city almost didn’t happen because we were driving from another location that we thought would work, but the city skyline was blocked by trees. So, by the time it took to travel from location A to location B, it was almost too much time to where we missed the purple hues of the sunset. The other idea that came up last minute was to light fireworks.

We met a family that had HUGE fireworks and made a deal with them to light the fireworks on our queue and I’d just record while the fireworks went off. We only had one chance to execute it and I think we did a pretty good job of getting enough quality footage. I honestly could not hear any of the song, but we made it work like we always do. These shots were with the Black Magic Cinema 6K. The rest of the music video footage was GoPro and iPhone footage from an amazing summer that I had with my friends and family. For the ATV footage, I had the GoPro Hero 5 attached to my wrist with the GoPro hand mount accessory and it was facing me while I was zooming on the beach front. Then I used a pole attachment on the GoPro for the water shots that we took at Three Pools which is outside of Salem, OR.

When it came to editing, that’s when all the iPhone footage came in handy to fill in with a variety of footage. Post production editing is also handled by Riley. He had me send all the footage I had from that summer that I felt was worth placing in the video. Then the audio editing was simply adding the track over the footage and matching the performance footage with the audio.

PH: How long did you shoot for? Who "crewed" your production?

COVI.:The sunset and fireworks shots were done within I believe 2 weeks. The iPhone and GoPro footage happened over a span of 3 months. My production team is myself, Riley Brown and Jalen Ladd. We’ve been our own production team since 2018 and have leveled up with every music video. They also happen to be two of my best friends!

COVI.: It’s my go to platform for distributing music videos. Its accessibility as a video platform makes it easy to use and share.

PH: Do you have any other projects in the works?

COVI.:I’m currently working on another EP to close the trilogy of my EPs. There is ‘When The Sun Is Out’, ‘The Sun Is Still Out’ and coming soon…’When The Moon Is Out’. This project won’t be as happy and sunny like the previous projects, but not in a bad way! Just a different way to express my artistry.

PH: What advice do you have for others that want to follow your path?

Covi.:Don’t be too hard on yourself. It’s advice I’m still taking for myself. To be a creative, there has to be ambition and passion. The passion can lead to perfectionism and you end up  being your harshest critic. On that journey to getting where you want to go, you have to remember why you do what you do. Is it because you genuinely love it? Are you doing it for the money? How much do you really care? Take those things into consideration before losing yourself. This is the hole you can get in when you’re too hard on yourself. Be gentle. Have fun. Always have fun.

PH: Anything you want to add that I missed?

Covi.: Everything Covi. related (music, music videos, contact info) can be found on my website, ayocovi.com. My social media on all platforms is @ayocovi. My music is available on all streaming platforms if you search “Covi.” and DON’T FORGET THE PERIOD! Also, there are a lot of songs and playlists with “COVID” in the title and it’s really messed up the algorithm for me haha. I hope that if you read this you enjoyed it and support my artist career. Shout out to Riley Brown and Jalen Ladd because without them, I wouldn’t have dope music videos and wouldn’t be doing this interview!

Check out Thankful by Covi. 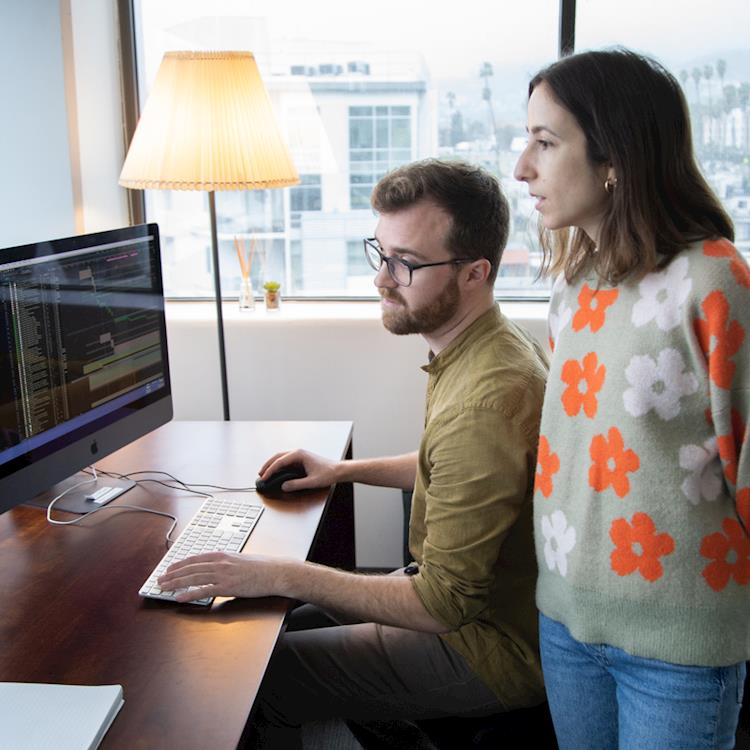 Diving into the Complex, VFX Workflow with the Editors Behind Sony Pictures' Thriller, Missing

In our latest interview, we spoke with the filmmakers behind Sony Pictures’ Missing. Told entirely through computer screens and smartphones, the mystery thriller was made using advanced technology that’s just as exciting as the action in the film itself. 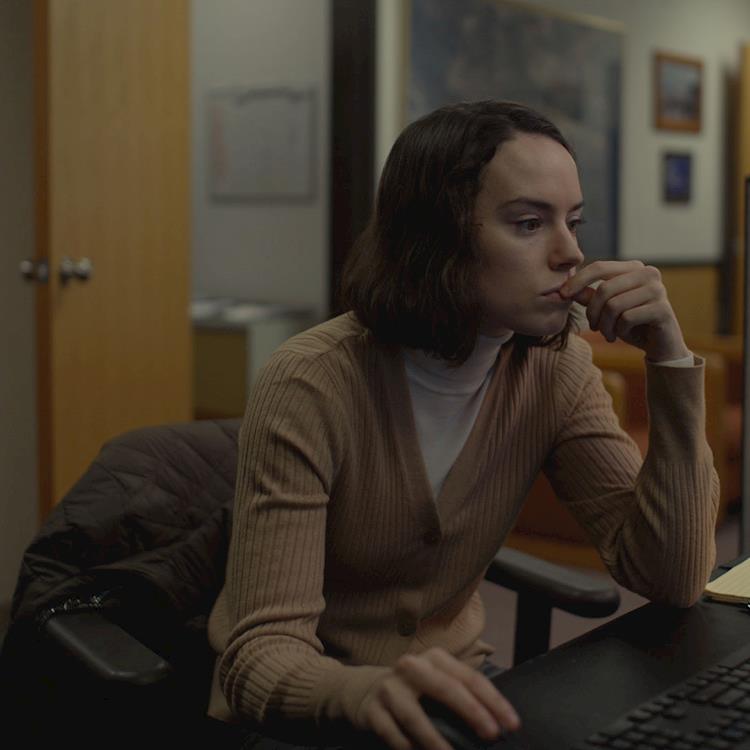 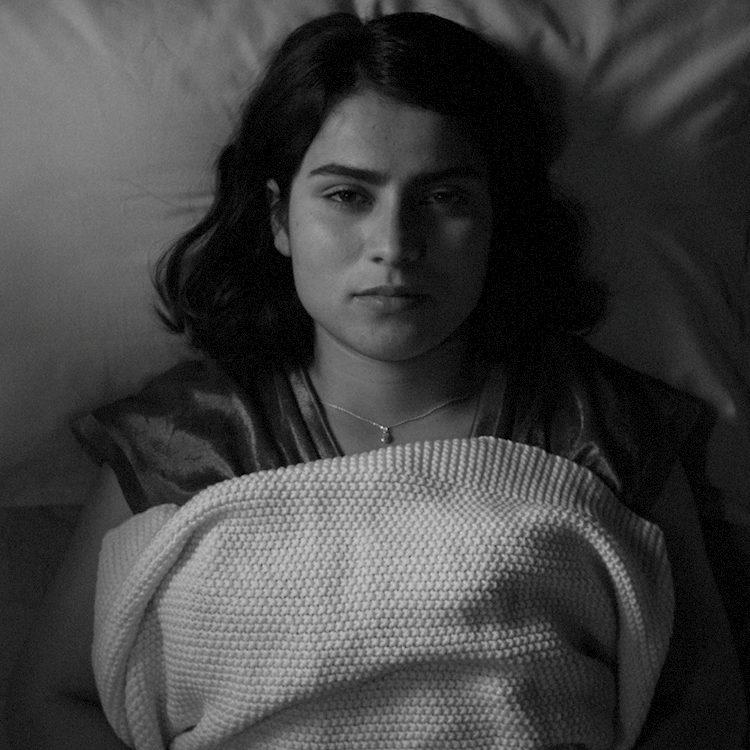