Contribute a Story
Casting director Jazzy Collins was Emmy-Nominated for her work on Amazon’s Lizzo's Watch Out For The Big Grrrls in the Outstanding Casting for A Reality Program category. She is the first Black Casting Director to receive an Emmy nomination in this category and co-founded Soulstice Casting, a boutique, full-service casting company that specializes in unscripted and commercial casting, with Kaymie Mattison.
Fernando Andrés is a filmmaker from Austin, Texas who can do it all, including writing, directing, producting, cinematography, and editing. His debut feature film Three Headed Beast had its World Premiere in the prestigious U.S. Narrative Competition at the 2022 Tribeca Film Festival. His short film Igloo was a finalist for the 2019 Sundance Ignite fellowship. All of this, and he's only 24-years-old.
In our latest interview, we spoke with Laurent Spillemaecker of FOLKS, the VFX supervisor for season 3 of Netflix’s The Umbrella Academy. This season FOLKS delivered around 570 shots in 9 months. They had to create everything from CG Ravens to flamethrowers to destruction and debris. Some of the other main things they developed was the KugelBlitz, a blob that grows and disintegrates things, and a Kugel-Wave, a magic shockwave that destroys anything in its path.
Film and TV composer Tyler Strickland recently won an Emmy Award for his outstanding work on the six-part Netflix documentary series Cat People. Tyler also recently worked on the four-hour epic HBO series Edge of the Earth, which follows four groups of elite athletes as they embark on extreme, adrenaline-inducing, never-before-completed missions on some of Earth’s most feral environments.
Acclaimed Canadian composer Shaun Chasin has brought his expertise to film, television, video games, and more. Most recently he scored the comedy feature Domino: Battle Of The Bones, starring Snoop Dogg and David Arquette. His music has been featured on video games including PUBG Mobile and Ring of Elysium. Shaun is also behind the iconic theme song for the anime, Beyblade Burst which is currently airing on Disney XD.
Jules O'Loughlin, one of the cinematographers on Disney+’s Ms. Marvel (episodes 4 and 5), as well as FX's new drama series, The Old Man (3 and 4). She recently spoke with us about the portions of Ms. Marvel she worked on, which filmed in Thailand, which included extreme weather conditions and close collaboration with the VFX team. She also delved into working on The Old Man, based on a novel by Thomas Perry and set in North America, which required a much different perspective.
Jonathan Benefiel is a New York-born and raised actor turned executive producer who fell in love with producing after creating and working on the short film Protecting Tony, which went on to win over 30 awards and five nominations. From there, Jonathan began tackling socially relevant inspired films such as Academy Award Nominee The Trial of the Chicago 7 and John Leguizamo’s Road to Broadway.
Neil Patel, production designer for Pretty Little Liars: Original Sin, HBO Max's upcoming show that premeired on July 28, centers around a group of high school girls tormented by a mysterious Assailant who makes them pay for their parents' secrets from 20 years ago.
Amy Wheeler is the production designer of Gordita Chronicles, HBO's new comedy series from executive producers Eva Longoria and Zoe Saldana. The show follows a 12-year-old girl and her family as they adjust to their new lives in 1985 Miami after moving from the Dominican Republic. LA Times said, "Gordita Chronicles is the sitcom of the summer."
Contribute a Story Rss Feed
Featured Blog Posts 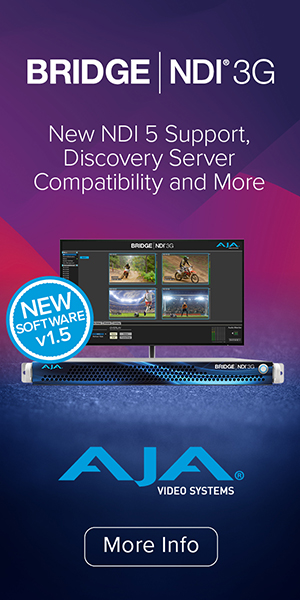