Contribute a Story
TNT’s series Snowpiercer ﻿follows the survivors of Earth’s second ice age as they live on a train that travels the planet through snow and ice. The second season of the series further explores the desolate world outside of the train. FuseFX’s VFX supervisor behind season 2, Damien Thaller, talked to ProductionHUB about how the visual effects really help to build the frozen world outside of the train — which includes building a snowy, icy, and destroyed image of many different cities throughout the world. The VFX also helped create over 1000 train cars and the visuals of the train ploughing through so much frozen snow and ice.
Late in 2020 LWKS Software was formed, led by former EditShare executives. LWKS acquired the Lightworks NLE and QScan ACQ systems from EditShare. The NLE has been used to edit major TV shows and films, including “LA Confidential,” “Pulp Fiction” and “The King’s Speech.”
We're continuing our Sundance coverage with an exclusive interview with Claudia Raschke, DP of My Name is Pauli Murray — a beautiful love letter look at the life and career of the American civil and women’s rights activist Pauli Murray, the first African-American woman to be ordained as an Episcopal priest.
Shudder Original, LUCKY, now available to stream, is about a woman that finds herself as the target of a mysterious man who comes to kill her every night. The film's DP, Julia Swain, talked to ProductionHUB about the story and the use of bold colors to portray the unraveling of the main character's world/sanity, plus collaborating with the director.
In our latest Sundance interview, we talked to Emily Topper, DP of Rebel Hearts about her experience as DP on the film, including lighting choices and what film techniques brought Rebel Hearts to life.
SXSW announced Editor Lam Nguyen the winner of the second annual Adobe Editing Award for his editorial work on R#J. Lam utilized Premiere Pro, After Effects, Illustrator, and Photoshop to cut a modern Romeo & Juliet tale in the innovative "Screenlife" format (which has been used on films like Searching and Unfriended). We got the chance to speak with Lam about his work or learning more about Adobe’s work with SXSW to celebrate the art and craft of editing.
Sundance Film Festival, which took place January 28 - February 3, included 73 feature films, hosted by actor and comedian Patton Oswalt, with jurors presenting 24 prizes for feature filmmaking and seven for Short Films. In our latest Sundance interview, we talked to Jeff Boyette, Editor of Amy Tan: Unintended Memoir, about his editing process and what it's like being featured at Sundance.
How are recording studios are functioning safely throughout the pandemic? San Francisco based recording studio Decibelle has been helping artists make sure they can continue to record their music in a covid-safe faculty. Built in Noe Valley in the mid 70’s and acquired by Pollen Music Group in 2006, Decibelle can be used for making and scoring music for streaming, broadcast, and theatrical productions.
Another year, another Sundance Film Festival. Sundance is known "as a champion and curator of independent stories for the stage and screen, the Sundance Institute provides and preserves the space for artists in film, theatre, film composing, and digital media to create and thrive." And this year will be no different. The festival, which took place January 28 - February 3, included 73 feature films, hosted by actor and comedian Patton Oswalt, with jurors presenting 24 prizes for feature filmmaking and seven for Short Films.
Horror streaming platform Shudder released a bundle of films early in February, including A Nightmare Wakes, an adaptation of the novel "Frankenstein," as told through the life of Mary Shelley. We talked to cinematographer Oren Soffer and his work capturing the cinematic, yet minimalistic look that the director wanted to achieve in this period film. He worked with a team of 4 and carried only 4 lights the entire shoot, so a ton of the work relied on the use of natural light and lenses.
Contribute a Story Rss Feed
Featured Blog Posts 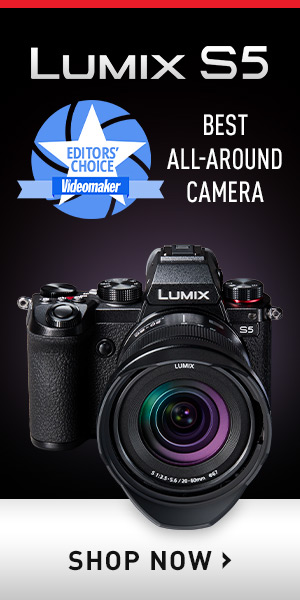