Contribute a Story
In our latest interview, Production Designer Alexandra Schaller discussed her work on A24’s After Yang starring Colin Farrell. The film follows the story of a family that reckons with questions of love, connection, and loss after their A.I. helper unexpectedly breaks down.
People often get the wrong idea when it comes to money and the film business. We hear about films making millions of dollars and assume that everyone working in entertainment is Scrooge McDuck rich. Spending afternoons swimming laps in their vault of money. Like all industries, there is a lot of money at the top followed by everyone else struggling to make ends meet. That’s why film communities are so important, be it on-line or in person events, whether you’re planning on making a film or just an avid cinephile. The arts run on these communities to foster new talent and create work for audiences to enjoy, because no one makes a movie alone. Watch any awards ceremony and listen to the list of ‘thanks’ given out during each speech.
Composer Juan Carlos Enriquez's most recent project includes NBC Universal's Peacock's first Spanish-speaking and Latino-produced streaming show, 'Till Jail Do Us Part which follows the story of four women who are going through their worst nightmare after the police arrest their husbands for being linked to the same criminal organization.
In our latest interview, we spoke with Victoria Paul, the production designer on the Amazon acclaimed series A League of Their Own, which currently boasts 94% on Rotten Tomatoes. A League of Their Own is a comedy series about the WWII All-American professional women's baseball league.
Recently we got an exclusive look behind the scenes of the Gal Musette music video "Je vois le ciel"with cinematographer Wes Cardino & director Maria Garcia. They spoke to us about style choices, creative processes, and some of their biggest influences.
Featured Blog Posts

The Art of Pivoting & Why It's Critical in Production
Become a Contributor
Adam Blau is a composer and songwriter whose most recent project was composing for Netflix’s Dead to Me, which featured a musical palette that infuses the show’s offbeat mystery with genuine suspense and an emotional core.
In our latest interview, we spoke with Vincent De Paula, CSC, the sole cinematographer on Season 2 of Firefly Lane, now available on Netflix. This upcoming season, Kate grapples with the painful aftermath of Johnny’s ill-fated trip to Iraq, while Tully faces a lawsuit after walking away from her talk show and must start her career over from the bottom.
We recently spoke with Rodrigo Brazão, an editor on Apple TV’s soul-baring Selena Gomez’s documentary My Mind and Me, which is available for streaming now.
For the upcoming major motion picture Devotion – the anticipated Korean War-era feature film based on the acclaimed book and directed by J. D. Dillard, starring Jonathan Majors, Glen Powell, Christina Jackson, Joe Jonas, and Thomas Sadoski - award-winning director of photography Erik Messerschmidt, ASC leveraged his decades of experience to create stunning visuals that entwine narrative, action sequences, landscape, and compelling insights into the human condition.
Featured Blog Posts 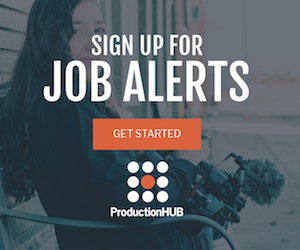