The Tampa Bay Buccaneers vision is to be the premier NFL Franchise both on and off the field that sets the standard in global sports entertainment and embodies the spirit of Tampa Bay. The Buccaneers aim to employ individuals whose professionalism and dedication align with our vision.

Core Functions:
• Responsible for the conceptualization, planning, videography, editing and overall production of engaging video content for the team’s digital and social media platforms (Website, Facebook, Twitter, Instagram, and YouTube)
• Develop new ideas for how to tell the team’s story through video
• Actively push the Buccaneers, Buccaneers Foundation and Glazer Vision Foundation brands and their perspective through produced content
• Editing, including integration of graphic elements, sound and music
• Export finished product to multi-bit format for delivery to various devices at multiple speeds

Experience & Education
• Minimum three years working in a production environment is preferred
• Bachelor’s degree in Communications, Marketing, Sports or Fine Arts is preferred or commensurate work experience
• Experience in the sports or entertainment industry is preferred
• Experience serving as a completely independent segment producer is required. The Producer will be required to serve as director, writer, videographer and editor

The Tampa Bay Buccaneers are a professional American football team based in Tampa, Florida. The Buccaneers compete in the National Football League as a member club of the league's National Football Conference South division. The club joined the NFL in 1976 as an expansion team, along with the Seattle Seahawks, and played its first season in the American Football Conference West division. Prior to the 1977 season, Tampa Bay switched conferences and divisions with Seattle, becoming a member of the NFC Central division. During the 2002 league realignment, the Buccaneers joined three former NFC West teams to form the NFC South. The club is owned by the Glazer family and plays its home games at Raymond James Stadium in Tampa. 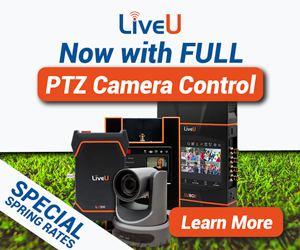