The Colonie's Nathan Rodgers recently cut famed Chicago rapper Vic Mensa's hard-hitting short film, 'Machiavelli,' (https://vimeo.com/463615511) directed by Andre Muir. The project features three of the artist's music videos, each with sharply contrasting styles and tempos while sharing an intrinsic theme. The editor wove together footage from the title music video, 'Machiavelli,' 'SC Freestyle,' and 'Rebirth,' with photography and graphic elements to create a cinematic-like experience with a cohesive message. The soundtracks dropped with the release of Mensa's new EP, 'V TAPE,' out of Roc National Records.

"What was cool about this project was the challenge of editing videos with very different approaches to create a story that provided the continuity the film needed," says Rodgers.

The short film opens with the fast-moving, in-your-face track 'Machiavelli and then cuts to a spoken narrative. A transition to the Jay-Z-sampling "SC Freestyle' follows, as Mensa raps a dark verse over brief flashes of ominous images. The video closes with a vignette from 'Rebirth,' a subdued introspective parable, as a group of men lift Mesa into a coffin and carry it down a dark road, ending the film on a surreal note.

Rodgers came on board during the early stage of the project. The editor worked closely with Muir and his team to ensure an efficient approach to the complex project, enabling them to meet its tight deadline. The Colonie, best know for its work in the commercial and social media arenas, collaborated on the project, providing additional color correction and visual effects services.

The four-day production was shot on location on the streets of Chicago's South Side. Director of Photography Nathan Salter captured the live-action with multiple cameras. Digital and Film Photographers Angel Harrold and Flynn Drew shot over a thousand stills during the shoot, with select photographs integrated into the short.

"This was a massive project, with a lot of moving parts," says Rodgers. "Portrait and street photography that captured the feel of the live-action footage are a key component of the visual story. Graphic Artist Paul Danhauser created a mix of elements from the static photographs, adding texture and dimension to the film."

The initial footage was handed-off to Rodgers, who worked unsupervised for three days. The director, Producer Manny Caston, and Vic Mensa then joined the editorial sessions, working collaboratively on the full project. Editing on Adobe Premiere Pro, Rodgers completed cutting the film over the next ten days.

"Having worked with Andre on several projects in recent years, including Chicago rapper Towkio's story-driven propulsive music video, 'Symphony,' was an advantage," says Rodgers. "Going into the job with the benefit of an established relationship enabled me to quickly understand what he wanted and made the editing process smooth and efficient. Having both the artists and the director sit in during the session was great. It ensured that everyone was on the same page and allowed us to dig in and move quickly."

Given the abundance of content, Muir decided to create a 'Director's Cut.' His short film integrates footage from the production with content from visualizers designed for 'Vendetta' and '2Honest,' two of the seven tracks released on 'A TAPE.'

Carbon worked on the visual effect and color correction of the full-length film. The Colonie's Jennifer Gaida color corrected the series of visualizers on Black Magic DaVinci Resolve. Ben Pokorny created additional visual effects for the short film, and the director's cut on Flame Premium and Adobe After Effects. 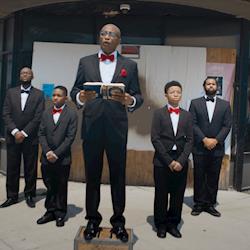 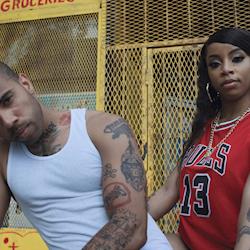 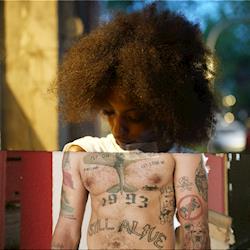 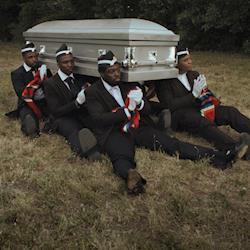