Audiocastle's Co-Founders, composing duo Adam Robl and Shawn Sutta, mark their music studio's 10th anniversary with its transition to full-service music and audio company dedicated to meeting the needs of commercials for all things sound.

Leveraging years of experience composing music for spots and films, the retooled business model integrates award-winning audio services, a broader collective of composers, and customized workflow tailored to align with the needs of commercials - from music through delivery. With recording facilities in New York, Miami, Chicago, Nashville, and Los Angeles, the rebirth of Audiocastle taps the diverse pool of talent in music hubs throughout the country.

Building on its curated team of talent, the relaunch expands Audiocastle's creative offerings with the signing of the first wave of six composers and a Head of Business Development, slated to be announced over the coming weeks. Eight additional composers and producers will come on board in the fall as it continues expanding its team.

Taking its commitment to the commercial market to the next level, Audiocastle is currently solidifying a partnership with an award-winning audio postproduction company, slated to be announced at the end of the month. Over the years, its facilities in the US and abroad have worked with the music house as a collaborative team. Formalizing the partnership integrates its roster of musical talent with a scale and caliber of mixing and sound design services, positioning it as an end-to-end resource in the commercial arena.

“The retooling of Audiocastle provides commercials with a more streamlined one-stop resource - from original music through delivery,” says Robl. “It presents clients with the option to take advantage of a wider range of services - maximizing efficiency and allowing us more time to push creative boundaries and deliver music and audio services that exceed their expectations.”

“Audiocastle has always put a lot of emphasis on collaborating with agencies. The reorganization puts new protocols in place, enabling our team to work even more closely as their creative partners - from concept through delivery - ensuring that the emotional pallet of our music aligns with each brand’s vision,” says Sutta. "Our personalized approach has been key to building ongoing relationships. Clients return to work us, confident in our ability to deliver dynamic music that amplifies a brand's message, provides cost-effective creative solutions, and consistently meet challenging schedules."

“Over the years, we've enjoyed great success in the commercial arena, with only word-of-mouth attracting work from throughout the US and the world," adds Sutta. “Restructuring our business model with expanded services and the firepower required to meet the full range of their needs was the natural next step for Audiocastle.”

Since its inception, the company has been called on to create music for a wide range of commercials and integrated campaigns. Agencies from Chicago and New York to London and Dubai tap its talent for composing engaging music that creates memorable experiences that connect brands with their target markets.

The studio’s original music is featured in campaigns for a variety of companies, such as Patron Tequila, American Express, Microsoft, DHL, the Special Olympics, Corona, Nature’s Way, and Ford. This year Johnson & Johnson and Dole Food Company were back at Audiocastle, calling on its team to lend its musical acumen to another round of high-profile commercials.

Partners for over 10-years, multi-instrumentalists Robl + Sutta share a passion for composing music for cinema that brings a fresh perspective to branded content. The pair builds on the reputation they’ve earned composing compelling scores for films such as ‘Before the Fire,’ ‘Grasshopper,’ ‘Late Life’, Uncle John,’ ‘Boniato,’ ‘Omniboat,’ and ‘Poser.’ Audiocastle has provided soundscapes for numerous movies featured at major festivals such as SXSW, Tribeca Film Festival, Sundance, and DOC NYC and on streaming services such as Showtime, Netflix, Hulu, and Amazon Prime, and Apple.

Audiocastle has evolved from a fledgling music house to a world-class studio. Since opening its doors in 2011, reinvestments in cutting-edge and classic gear and the ongoing expansion of its creative team had continued to elevate the quality and range of its services. Long-standing associations with composers, musicians, vocalists, recording artists, and producers provide the diversity needed to deliver memorable music in a broad range of styles - and heighten the connection between consumers and brands.

“We remain committed to using tools that create the richest sonic experience possible. All of our music is crafted with real instruments – from acoustic and electric, analog synthesizers, and objects repurposed to create unconventional sonics,” says Sutta. “The authenticity and passion of musicians come through in the music we compose for every spot.”

“Effectively integrating music and audio services enables us to optimize the impact of a commercial, a genre that provides only seconds to deliver a memorable brand message,” notes Sutta. “Dedicating Audiocastle to short-form advertising content with an expanded roster of talent, resources, and services tailored to the needs of agencies enables us to do just that.” 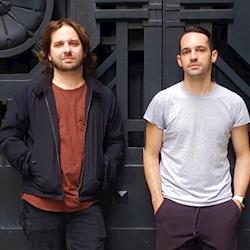