In the film and TV music world, Craig's music has appeared in 100's of projects such as NBC's "The Office," "Fringe," "Lost," "The Sopranos," "America's Got Talent," and countless others.

In the world of multimedia, Craig's music is featured in many X-Box / PS2 and video games. In addition to his contributions to "World of WarCraft," Craig also composed the original music for "Baldur's Gate, the Dark Alliance II," and his song, "A Nuclear Blast," is the main menu theme for the Game "Fallout, A Brotherhood of Steel."

"Baldur's Gate" marks Craig's thirteenth journey to "Middle Earth" having started composing for the "Dungeons and Dragons" genre for TSR Inc. in the mid '90s. Other scores in this genre include the TV special "Dragonstrike," and the games "Planescape, A Guide to the Outlands.", "Ravenloft, A Light in the Belfry," and "Terror Trax" (among others). He also contributed music (with partner Simone Benyacar) to the trailer for feature film "The Lord of the Rings, Return of the King."

Also look out for "The Kids Who Saved Summer," a family comedy that features, in addition to Craig's score, four of Craig's songs. The film is presently running on The Disney Channel and Showtime Family. You can also hear some of Craig's songs featured on Disney's "The Little Mermaid" series.
Finally, Craig was part of the composing team (headed by Stephen James Taylor) for Disney's "Raw Toonage," and the composer for the KAET/PBS production "Visions of Arizona." Both programs received Emmy nominations for outstanding original score.

Craig is probably best known, however, for his musical contribution to film trailers with partner Simone Benyacar. Some of their recent projects in this genre would include: "J.J. Abrams Star Trek," "Sin City," The last three "Harry Potter Films," "Vicky Christina Barcelona," "Over the Hedge," Spider-man III," "HALO II," " James Bond, A Quantum of Solace," and many more.

Craig lives in Malibu, California, with his wife, fellow composer and conductor Eímear Noone, their son Eliam and his daughter Madison.

We have been in the industry since 1984. 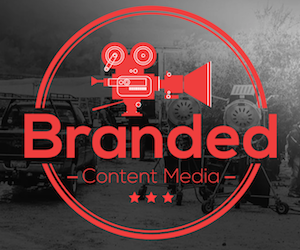