*We specialize in Interviews of CEOs, Leaders, Scientists & Innovators, Athletes and Celebrities, using Green screen or natural backdrops on location or in-home studio. We are great at helping non-professional talent relax in front of the camera and make sure your video shines with beautiful lighting & sound and even operating a teleprompter at the same time (saves $$$). I have elicited great sound bites from A-Listers like Charlize Theron, Hilary Swank, Owen Wilson, Lucy Liu, Jimmie Johnson & many others. I regularly go out as an Audio technician with top equipment specializing in interviews and boom pole operation and can run both 17" teleprompters or produce segments at the same time if needed.

I've been a story-teller ever since I was the big sister to my five siblings and entertained them with a flashlight in the bedroom closet, casting shadows on the walls with my hands. I observed how my mother filmed important moments of our family's life with a camera that my dad won from selling the most cars one year at Chrysler. When my parents gave me a Hawkeye Brownie for my birthday one year, my path was set.

For the past 40 years, as Vice President of San Diego's longest-serving video production company, Crystal Pyramid Productions, I've honed my skills in all the roles necessary to produce a film. Camera Operator, Sound Op, Boom Pole Op, Teleprompter Op, Presidential Teleprompter Op, Writer, Editor, Voice Over and sometimes Talent. A tired old adage is now turned on its head: "Jane of all trades and master of all."

Here's what we can do for you here at Crystal Pyramid Productions.


* VIDEO EDITOR & Voice Over Talent (Award-winning since 1983)
I've won multiple awards for my work over the decades as an Adobe Premiere Pro editor. I'm lightning-fast on the keyboard and have done many voice overs for projects I've edited, as well.

* STORY-TELLER, WRITER & CONTENT PRODUCER
I write scripts for corporate and industrial video productions, and I blog at Diary of a San Diego Video Crew and World Traveler Reviews. I also manage our social media accounts at Twitter, Facebook, Pinterest, LinkedIn and Instagram.

PRODUCTION HUB BLOG POSTS:
How to Become a Master at More Than One Skill in the Production Industry - https://www.productionhub.com/blog/post/how-to-become-a-master-of-more-than-one-skill-in-the-production-industry

How to Pull Compelling Interviews for Your Video Masterpieces - https://www.productionhub.com/blog/post/how-to-pull-compelling-interviews-for-your-video-masterpieces 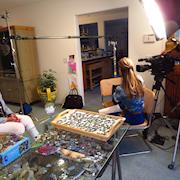 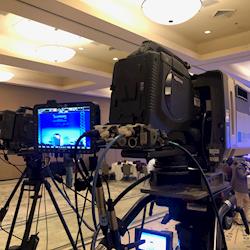 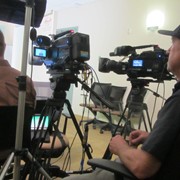 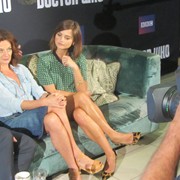 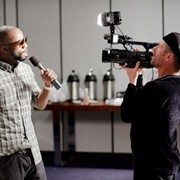 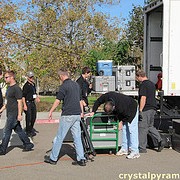 Patty is the best at whatever she does as she has been since 1982.
Whether she is on camera, sound and teleprompter to producer during an interview and she makes everyone feel good on set.
Mark Schulze CEO and DP at Crystal Pyramid Productions

I found working with Mark and Patty to be a real pleasure. They were always flexible, cheerful, and innovative. They continually “went the extra mile” to ensure we got the best possible footage for our project.
Best,
Simone F.
An International Non-profit Corporation

Mark and Patty are hands down two of the best videographers I've had the pleasure of working with. They made very efficient use of time and helped make it an extremely fun experience for the whole team.

The level of skill and dedication to getting the right angle, perfect lighting, and making sure that we had ample takes to provide editing a lot of options to choose from helped ease any concerns that we may have had. When it was all done and said, I thought we did a great job of capturing our company culture and they are officially extended members of the ICM and TCG family!

I look forward to working with Crystal Pyramid again very soon and recommend them to everyone. Thanks again for a wonderful experience!

-Sean Shahrokhi
Director of Communications and PR at The Control Group

Patty is the best and is fun to work with !