His work includes the feature films: The Bad Lieutenant, Assistant Art Director, The Rapture, Set Design, and The Bloodhounds of Broadway, Set Design. In addition, David has designed commercials for Camay, Redken 5th Ave NYC, Proactiv with Vanessa Williams, Estee Lauder’s White Linen and Youthful Essence with Susan Lucci. Currently he has started pre-production on the feature Luck in the Shadows based on the fantasy series by Lynn Flewelling, a romantic comedy, Let It Fly and a horror picture, Bride of El Charro.

David was the chief designer of ABC News for 10 years producing designs for Election sets, Nightline and the newsrooms for New York, Washington, Moscow and Tell Aviv being nominated 3 times for the national Emmy Award in News. His responsibilities included news magazines as well as 20/20 and the launch of Prime Time Live. David also designed in Europe for German and Dutch television with many premieres in talk, news, entertainment and sports overseas: the Nagano Winter Olympics and Turner Goodwill Games in Brisbane, Australia.

After ABC News, David started his own company, David Weller Design and went on to produce 6 superbowl designs and sets for CBS Sports and Fox Sports. His credits include sets for Oprah Winfrey, Regis and Kelly and the Maury Povich talk shows. He designed and engineered the US version of Who Wants to be a Millionaire. He recently designed elaborate reality contest shows for Mark Burnett: Rock Star, MTV- Rock the Cradle and Steven Spielberg’s On the Lot, the reality show for feature film directors. He has been awarded the Emmy Award for sports programming for the Yes Network twice (Yankee Entertainment and Sports) and has been nominated an additional 4 times for the national Emmy in entertainment and sports.

We have been in the industry since 1995. 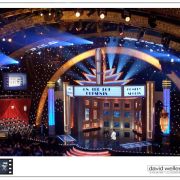 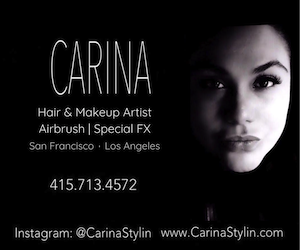