Jonathan Miller is a Brooklyn based cinematographer attracted to stories that change the culture. His films have screened at: Cannes, Sundance, Toronto, Tribeca, DOC NYC and New Directors/New Films. Commercial and television clients include Amazon, Dove, Covergirl, Starbucks, Dell, American Express, Showtime, History, NatGeo, MTV and HBO. His work has been noted and complimented by Rolling Stone, Variety, The Hollywood Reporter, Time Out New York and Richard Roeper.

Some of his achievements include AMERICAN TERRORIST, a dark comedy about prejudice in the wake of 9/11 that was released by Lionsgate. Miller recently lensed BLACK BOX (Bert Marcus Film) a mystery feature doc about an Eastern Airlines crash in La Paz, Bolivia in 1985. TV work includes DESUS & MERO for Showtime and THE NEW YORKER PRESENTS for Amazon.

He is a Local 600 Member, a member of the Society of Camera Operators (SOC), FAA Part 107 certified drone pilot, NAUI certified scuba diver, and is certified in Covid-19 Safety (NIH).

\ He owns cameras, Lenses, lighting, and a production company. 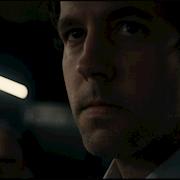 Producer, DP – The Last Out