Experienced in a diversity of situations and settings, and styles, highly effective in stressful "run & gun" shooting, as well as live news broadcasts or more polished "Magazine" type productions.

Here are some comments by my clients:

“Mark Weiss is at the top of the list of photographers I hire for breaking news coverage and other network video needs. Mark is an excellent photographer. He's creative, reliable and moves quickly on his feet. Mark is always thinking one step ahead, so I know I can trust him to capture the crucial moments on video.” January 3, 2008
Top qualities: Great Results , Personable , Expert
Ruth Ravve
FOX News
hired Mark as a Photographer in 2008

“Mark did a great job for Dateline NBC on a story in Oklahoma. He's very cooperative, hard working and a great shooter... I would recommend Mark” October 19, 2009
Top qualities: Personable , Good Value , On Time
Robert Buchanan
hired Mark as a Photographer in 2007

“Mark is a true professional that I have enjoyed working with. I hired him consistently and would hire him again in the future. Mark is capable of any project in the Television industry. Don't hesitate to call on him.” October 19, 2009
Top qualities: Personable , Good Value , Creative
Barry Pavesi
FLW BASS fishing FOX Sports
hired Mark as a Photographer in 2008 , and hired Mark more than once

“Mark was an outstanding benefit to Frontier Country. His creativity and focus allowed us to concentrate on the project and not on the production. I would hire Mark again for any video or editing project.” January 7, 2009
Tony Vann , Executive Director , Frontier Country Marketing Association
worked directly with Mark at Weiss Productions

“Mark is very knowledgeable in his field and one of the best in the state at what he does. A very creative thinker and gets the job done. Have worked with Mark over 50 times and plan on working with him another 50. Would recommend him to anyone looking to shoot or edit,” November 24, 2008
Top qualities: Expert , Good Value , Creative
Mike Cornett
hired Mark as a Photographer in 2003 , and hired Mark more than once

“As a freelance field producer for network news I have worked with Mark on a number of major news stories. I always breathe a sigh of relief when I see his name attached to a project. I know I can count on superb skills and a pleasant personality. I find Mark to be creative,artistic and cooperative. A winning combination. Mark is equally at home with hard news as he is with artsy features that push photography in a new direction. I would recommend Mark to anyone. Although I am ultimately responsible for the shoots that we work together I have never felt that Mark was anything but an engaging partner who got the job done perfectly.” May 22, 2008
Dee Morales , free lance television producer , FREELANCE
managed Mark at Weiss Productions

“Mark is a truly professional videographer and has always given us great video to work with!” March 27, 2008
Top qualities: Great Results , Personable , Expert
Chad Koel
hired Mark as a Photographer in 2007

“I have worked with Mark Many times over the years. He has always been Easy to work with and has a great eye for camera work and gives the client what they want with a great deal of efficiency and knowledge.” January 21, 2008
Top qualities: Great Results , Expert , On Time
Ray Anthony
hired Mark as a Cameraman, Editor in 2002 , and hired Mark more than once

“Mark is the man with the can do attitude. The kind of professional you want working with you in the trenches of television. Send him him anywhere you want a camera but don't want to send yourself and he'll come back with amazing images that tell a story.” January 8, 2008
Peyote Perryman , President , Digital P Media
worked directly with Mark at Weiss Productions


“Mark shoots videos for our organization, he is creative, implements new ideas and is easy to work with. He is very knowledgeable and creates a final product that is always of excellent quality.” January 3, 2008
Top qualities: Great Results , Expert , Creative

Another Client and the field producer Katie Morgan was awesome. 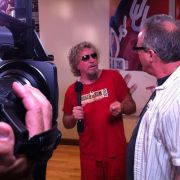 just a couple of shots of us at our job 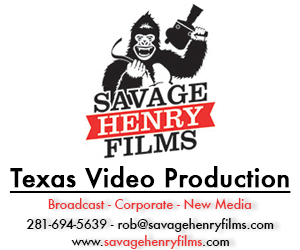