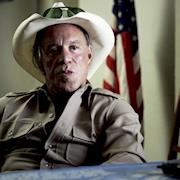 KEY HAIR – Out Of Liberty

KEY HAIR – The Work and the Glory

MAKEUP – OUT OF ANNIE'S PAST

MAKEUP AND HAIR – CALL OF STORY

MAKEUP AND HAIR – NOTHING LASTS FOREVER

PERSONAL TO MEGAN FOLLOWS – SOMEONE WAS WATCHING

MAKEUP AND HAIR – TOUCHED BY AN ANGEL

HAIR – THE A GIRL

DEPT. HEAD, MAKEUP & HAIR – The Other Side of Heaven 2

MAKEUP AND HAIR – INSIDE STUFF

MAKEUP AND HAIR – COVER ME