Objective
A full-time position in the live or broadcast industry where my expertise in production direction, system optimization and audio engineering where my skills can be best used.

Profile
Production Director with over 5 years experience leading, and training other technical artists in lighting, video, and audio, a Bachelors Degree in Audio Recording Arts and over 10 years exposure in the audio mixing.
• Proven ability to meet expectations in both live and recording productions.
• Extensive knowledge of holistic production system design and execution.
• A talent for developing and mentoring technicians to better their craft.

Technical Arts Director , Sunridge Community Church
2010 – 2012 (Part-Time)
At Sunridge my job is to train equip and direct technical volunteers. Our production requires between nine and eleven people to make the Sunday production in audio, live video, presentation graphics, and creative lighting. I also provide solutions for new environments and upgrades while also maintaining the systems where needed in multiple rooms on our campus.
• Re-designed and implemented a new wall to modernize the look and feel of the room.
• Recruited and trained over 12 new people in lighting, audio, video and graphics.
• Lead the transition in an analogue to digital audio change, a transition to keyed
lower-third graphics.


A3 Audio Engineer, Star Way Productions
2010 – Present (Part-Time)
While with Starway I have personally worked concerts as an A3 (building stages, setting up audio equipment, operating and troubleshooting for the following (and many more) clients: Chicago, Cirque Du Soliel, Elton John, Gladys Knight, STYX, Foreigner, The Eagles, Bob Dylan, The Temptations, Kansas, and Usher. Working for Star Way has given me a huge education and experience on live concert events from a tour production perspective.
• Proved ability and skills to be regular A3 for household name artists and events.
• Grown in skill and learning from multiple perspectives on live production.


Audio Engineer, Alchemy Recording Studios
2009 - 2010
At Alchemy I was the recording engineer that sets up and runs recording, overdubbing, and mixing sessions through a Neve V3 to ProTools HD, and maintaining the equipment. My primary role was to assist the music producer and studio owner with the recording and technical needs they may have so that he could focus on the creative musical elements of production.
• Developed branding logos and a marketing strategy to help advertise the business.
• Regularly demonstrated proficiency in multi-track recording techniques. 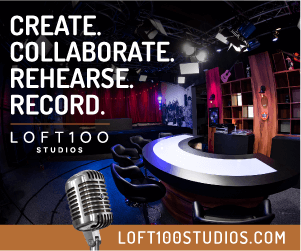