James M. Willis - Location Sound Mixer. For 15 years I have worked as freelance sound mixer and sound supervisor for reality television shows and documentaries. I have worked on reality shows such as Brother vs. Brother, Animal ER, Billion Dollar Buyer, Dog and Beth: On the Hunt, 8 Minutes, Duck Dynasty, What Not to Wear, Say Yes to the Dress, My 600 Lb. Life, Hoarding: Buried Alive, Americas Got Talent, Marshall Law: Texas, and many more listed below. I own and operate the most current sound equipment available and stay up to date on all camera formats being used for production. I can support single or multi camera shows, as well as supply multiple sound packages and sound mixers for split units. As sound supervisor I support the sound department with everything necessary to properly handle any show of any size. 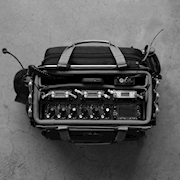 If you are looking for a top notch sound man in Houston James Willis is your guy. We have worked together on projects as freelancers since the beginning of 2014. He's provided high quality sound consistently along with a professional attitude to match.

James is a true professional. We have worked with him numerous times through out the years & every time he goes the extra mile & delivers great sound as promised.