Mathew began his audio career in Vermont hosting touring artists on his weekly radio show for WRUV 90.1, and working as a DJ throughout New England. Meanwhile, he was busy co-founding the multiple Sound Clash competition-winning reggae soundsystem, Itation Sound, a driving force in the reggae community that opened for scene luminaries Beenie Man, Sean Paul, Capleton, Sizzla, Anthony B., Jimmy Cliff, Toots and the Maytalls, and Buju Banton to name just a few.

After receiving his Associates Degree in Recording Arts at Full Sail Real World Education in Florida, Mathew headed to Sonoma County, California to complete an internship with Blair Hardman at Zone Recording Studio. Now a Zone engineer, he has done sessions with the Food Network, NBC, National Geographic, NPR, and Simon and Schuster, recorded an audio book for Dr. Phil, and cut tracks by artists from every musical genre imaginable.

In 2010, Mathew took a seat behind the board at Mark Keller's LoudVille studio in Sausalito, CA. There he has engineered projects with National Geographic and CBS's Undercover Boss, mixed audio for LoudVille's live, in-studio performances, and done the mixing and mastering for myriad reels, promos, and commercials.

Along with his freelance work, Mathew also mixes and records for Itation Records, a reggae label he co-founded, working with such notable genre artists as Sizzla, Pressure, and Delly Ranx.

Dedicated to professionalism and devoted to music, Mathew brings technical savvy, an open and creative mind, and a love for all things audiovisual to each and every project. With years of experience and passion for his craft, he looks forward to a long career in the world of sound.


Here's what those working with him have to say about Mathew:

"Mathew has been an impeccable employee at Zone Recording. He is a fine recording, mixer and mastering engineer. All his personal recording clients report back with positive experiences. He is fast, efficient and great to be around".

"Recording can be a high stress adventure, and we actually enjoy working with Mathew Trogner. Not only does he have major ProTools skill and savvy, he has also been able to easily adapt the potentials of the computer recording environment to our music. In addition to technical expertise, one of his major strengths is the ability to listen in a non-judgmental way, and to offer helpful suggestions. We really appreciate his talent for standing back, seeing the larger picture, and offering constructive comments when they're appropriate. In addition, Mathew has helped us to translate our sometimes- colloquial, musician-esque descriptions of what we hear in our heads (e.g., we want a huge jungle-like sound, complete with swinging monkeys) into just the right aural expression. We also value his willingness to experiment and to think outside the box, helping us try out some of our wacky ideas (some of which actually work!)." 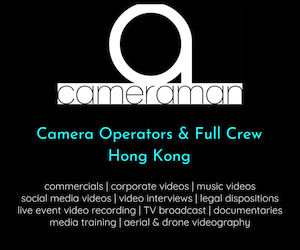