Event management and production professional with a high level of creativity, attention to detail and exceptional relationship-building talents.

Peter Bell began his Career as a CPA at the accounting firm Arthur Young. He quickly found his way to the entertainment division and surreptitiously began managing bands in his spare time.
His avocation became his vocation when he formally began managing Chicago’s local favorite band; Heavy Manners. His work with Heavy Manners included producing their breakout LP “Taking the Queen to Tea” with Peter Tosh and touring with The English Beat. Peter went on to create and become Executive Director of “Chicago Choice Picks”; a showcase for unsigned talent in Chicago that lead to 22 bands being signed to publishing and recording contracts. During the 1980’s Peter managed the career of Traffic member and Rock and Roll Hall of Fame inductee Dave Mason as well as Roll Hall of Fame inductee Phoebe Snow.
Peter expanded his capabilities by accepting a position in Saint Louis at Busch Creative Services (one of the Anheuser Busch companies) as a producer for large corporate events. There he cut his teeth as a video and film producer for the affiliated Budweiser brands.
Peter had moved back to Chicago and began work as the Executive Producer at Dell Hall Video; a production studio for film and video. There his clients included Harpo Productions, Bill Kurtis Productions and various ad agencies throughout Chicago as well as various record labels in Nashville. It was at DHV that Peter produced three independent films; “Silo”, “Private Dick” and “@#$%-It Malt Liquor” (a spoof of beer commercials). Peter’s free-thinking, quirky style has also shaped spots for advertising clients and music videos.
For the past ten years Peter has become one of the premier independent Executive Producers of large format events (budgets in excess of $10 million) in North America. These events vary from National tours for musical artists Tim McGraw, Sheryl Crow, Bonnie Raitt and Michele Branch to Annual events for corporate clients including McDonald’s, Motorola, BP/Amoco, Kraft Foods, Quaker Oats, Waste Management, Avaya, LPL Financial, Brown Foreman (Manufacturer of Jack Daniels), Washington Mutual, and The Governor of Puerto Rico.
Current projects include; The Chicago 2016 Olympic Bid Committee acting as Executive Producer of events, acting as a consultant to Gibson Musical Instruments’ Entertainment Relations Department and producing a short film for Mad Dragon recording artists “The Redwalls”; the music video “Game of Love”.
In 2009 Peter hopes to produce his fourth independent film with David Schwimmer and Seth Meyers. 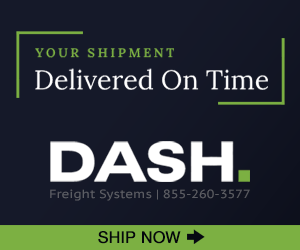