Have been Professional PhotoGraphers and Artists for over twenty five years and had four different PhotoGraphy Studio's. I worked for many different Corporations, Businesses, Agencies, Televison and Radio Stations, professional Musicians and exhibited my PhotoGraphy at Art Shows and Galleries around the country for 16 years ...

Professional Photo Artist and as Terry Luke PhotoGrapher for over twenty years. The major theme running throughout his life has been Light in one form or another... He was an exhibiting Member and on the Board of Directors of the Michigan Guild of Artists and Artisans the largest Artist organizations in this country. He exhibited his work in art shows, for over 15 years, all across the United States. He was also an Exhibiting Member of The California Professional Artists Society, the Artists Touring Association & the Pasco Photography Club. Was an active member for many years of the Detroit Producers Assoc, National Assoc. of Television Arts and Sciences and the American Women in Radio and Television. He also was the Publicity Chairman of the West Pasco Art Guild.

We have been in the industry since 1974. 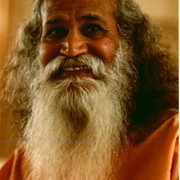