SSukalyn
CHOREOGRAPHER, DIRECTOR AND DANCE SCHOLAR
SSukalyn, to day, is the most frequently talked about name in the arena of performing art and showbiz news. This internationally renowned choreographer, dancer, stage performer, teacher and producer always leaves the mark of his excellence with a unique blend of oriental – occidental and traditional – contemporary dance form.

As a Scholar SSukalyn excelled in the niceties of the classical dances like Bharat Natyam, Kathakali and Manipuri as well as the contemporary and martial arts. Having travelled a lot all over the world, making stage performances since a very early age, SSukalyn imbibed all the best aspects of world- dance and incorporated them in his own art.

SSukalyn emerged as a world-class performer and internationally renowned choreographer since the inception of “Sukalyann n Entouragee” in 1995. Long before that he started performing in different parts of the world and just effortlessly bagged so many awards and honorary post of guest lecturer in the university of Georgia.
As a teacher SSukalyn inculcates a new school of dance where he gives away the best of his innovative skills and aesthetic values to his disciples right from USA, Canada and Bangladesh to India.As a teacher SSukalyn doesn't teach how to imitate, he teaches the secret of creation with the versatility of an artist.
As a choreographer SSukalyn to day is the busiest professional in the field and he finds it so tough to manage schedules in USA, Canada, Europe, Bangladesh. Kolkata , Bombay and so on. Film, Stage production, Fashion Parade, Music Album, even High Profile Product Launching, everywhere SSukalyn is the first choice.
The versatility and talent that SSukalyn possesses and cultivated in his career has something magical and what ever he touches turns into gold and becomes a treasure of our culture and tradition. 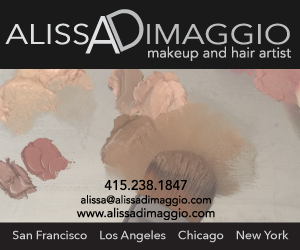