I began my career in New York City after graduating Syracuse University working with visual merchandising designer Larry Laslo at Bergdorf-Goodman. One year later I went to Los Angeles working first for Aldo Gucci at Gucci on Rodeo Drive and then for Saks Fifth Avenue, Beverly Hills in media relations and celebrity personal shopping. I began taking on freelance assignments on the newly chic Melrose Avenue three years later. Those projects led to a flood of others and in that year, I applied my media relations ability and my creative styling talents to the amazing numbers of private celebrity clients. My talents have taken me around the country and Europe doing Fashion, Prop and Product Styling for Print (formerly represented by the Cloutier agency), Magazine covers, C.D. covers, Catalogs and Production Design for Music Videos, Television and Commercials.

I acquired new corporate and brand affiliated clients. These included: American Express, Sony, Grey Advertising, Ogilvy & Mathers, JW Thompson, Hanes, Clinique, Martha Stewart “Living” Show, “Living it Up w/ Ali & Jack”, B. Smith Style” for the Discovery Network, and “Semi Homemade with Sandra Lee” for the Food Network. E! Entertainment asked me to do all their east coast Press Junkets for upcoming feature movies. They included; “Sex in the City”, “Dreamgirls”, “The Good German”, “Casino Royale”, “Narnia”, “Iron Man”, “Get Smart”, “ The Happening” and “We Are Marshall.”

Most recent, I designed a portable set for Tiffany that traveled to San Francisco, Chicago, New York City and Japan. My most recent work was designing all red carpet events and after parties for NBC and E! for Comcast award show seasons.

Produciton Designer – Inside the Dream Factory 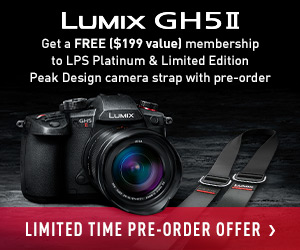