I’ve been creating still and motion picture content from a very young age and have over 15 years of professional production experience.

I work both freelance and long-term on projects of any scope, covering every subject matter and every style under the sun.

WORK EXPERIENCE
2016-2019: Orlando City SC
Director of Content: Managed the creation of multimedia content for use across all digital platforms, broadcast and in stadium.

2014-2016: Wyndham Wordwide
Creating photos, videos, and motion graphic content for sales, marketing and communications. Traveling and shooting both on location and in-house

2013-2014: Florida Hospital
Creating promotional and educational videos for the Florida Hospital network. My responsibilities include every creative aspect of video production from concept to completion with a focus on cinematography, editing and motion graphics.

2008 to 2014: 760 Studios LLC
760 Studios LLC is a media production company in Orlando, FL. My responsibilities include production of commercial, event and entertainment videos from conception to completion. 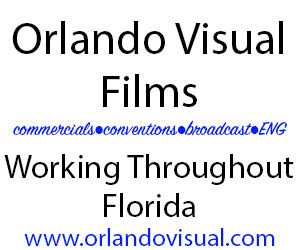