Benjamin Lopez is a writer, producer, director and president of VientoFuego Productions and Lopez Media Concepts.

A University in Arizona graduate with a degree in Political Science and Latin American Studies, Ben complemented his interest in media by taking advanced producing classes, producing short films and working with film festivals such as the Puro Mexicano Tucson Film Festival, San Diego Latino Film Festival, Orange County Latino Film Festival and the Telluride Film Festival. Since 2003, Ben has been involved with the National Association of Latino Independent Producers, NALIP and its many signature programs including the Latino Producers Academy, the Latino Media Market and its prestigious National Conference. In 2004, he launched the Southern Arizona chapter of NALIP and became its first president.

In 2005, he moved on to produce a series of shorts films in Arizona and Mexico, including five with award winning director Rudy Joffroy. During this period, Ben also wrote, produced and directed several shorts, most notably, Cristos. Inspired by his collaboration with various filmmakers, Ben focused on the development of his own feature length projects and the infrastructure to internationally distribute them.

In 2006, Ben founded VientoFuego Productions and launched the website: www.vientofuego.com. In 2007, Ben wrote, produced and directed La Venganza, a Spanish language feature film that helped VientoFuego pave the way to a multi-picture deal with a US Latino and Latin American content distributor. As the first feature under the VientoFuego Productions banner, La Venganza secured distribution internationally on DVD and is broadcast on Cine Mexicano, a satellite network and LATV, a cable network.

Equipped with the market demand and platform to distribute his original content, Ben focused on the writing and development of several of his short stories into feature-length screenplays. In 2007, Ben produced Caramelo, a Spanish language feature film he wrote and nurtured for many years. While supervising post-production on Caramelo, Ben wrote, produced, directed Sexo en Paraiso, a crime thriller and Amor de Lejos, a romantic comedy. 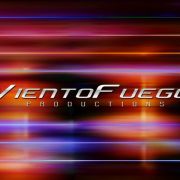