I am a Hobbyist FiimMaker

Making of a Fractured Tandem Narrative movie with flash back is a complicated job, i have done it in ORAJNOITIK NOY(POLITICS) but not yet satisfied as with this 117 minutes feature film 4th dimensional impacts in life is noted silently,which is in real but low budget makes me fullish,professional acting is mandatory for such movies :Robin Das,(Writer,Director,FilmMaker)
http://www.imdb.com/name/nm3558561
http://www.imdb.com/name/nm3580701
Orajnoitik Noy (2013) – IMDb
It is the women of the society who bears the brunt when it comes to a socio-political change that is to happen and there is anarchy all around.They fall victim to the lawlessness and disorder. The film talks about the conflict that arises when money determines ideologies and the non-linear structure of the film helps to establish the constancy of a sense of injustice in different referred periods of time. The dance of Shiva shown here, as depicted in Indian mythology denotes the destructive forces bringing the fall. But demolition of old, makes way for new. A hopeful ending of the film leaves the audience with a dream of a cleaner society.
IMDb:
http://www.imdb.com/title/tt3243876/
My movies is shooted in guerrilla style with low budget.My debut feature film(Ek Paye Royecho Dariye(And Lost Soul),2012.Fiction.91min.) bagged official selection to Festival De Cine De Bogota(FIAPF) 2012,Golden Aphrodite – First Feature Films Premieres, Special screening to Cairo Film Festival 2012 its market.
My 2nd Feature Film “Orajnoitik Noy”.
Feed Back from International film word:”your work was able to transport us to the distant future, the forgotten past, and worlds most people could not even imagine. Whether you screen at Slamdance is ultimately irrelevant; you are vital to the health and spirit of this industry, and the most important thing is that you never let anyone else’s “no” deter you from your work. Yours in cinema”,:- Slamdance Film Festival Programming Team.
Filmography:
1.Lovers’ Paradise(Docu,2003)
2.Jawaliwanabag of Bengal(Docu,2004)
3.Aya Chand Mama(Short,2005)
4.The Missing President & His Army(Docu,2006)
5.Peace(short,2007)
6.Man,Freedom & God(Docu,2007)
7.Window calls U(short,2008)
8.Ek Paye Royecho Dariye(Feature Film,2012)
9.Orajnoitik Noy(Feature Film,2013)
http://www.imdb.com/video/wab/vi1815784729
Ek Paye Royecho Dariye (2012) – IMDb

My film deals with the subject of the search of soul . In the language of film I have tried to trace this journey seeking answers for it in the existing political system and human relationships. My crew of cinematographer, cameraman , editor– all seemed to become a part of this search. It was very surprising almost shocking when one day while making the film my cinematographer Musaur Rahman went missing. A sensitive person that he is, his disappearance meant he had his own thoughts to address to . When we were sure that no untoward incident had happened to him , we came to know that the idea of the embodiment of soul and seeking for it in complex life-situations had created an explicit impression upon him and he needed to get away from a duty-bound life in search of the answers to his own queries regarding human existence.
As a film-maker I feel humbled that my film could raise in his heart this urge , these questions which go beyond the structured and formalized existence that we are expected to live. Isn’t film-making also about provoking thoughts that will lead humanity to the fields of newer realizations, deeper insights into life and its intricacies?
Connect:https://www.facebook.com/RDmoviemaker

We have been in the industry since 2003. 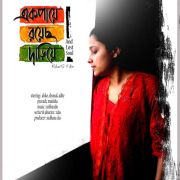 Work with I am a Hobbyist FiimMaker

Work with I am a Hobbyist FiimMaker