I am director of photography with 12 years of experience in film production. I work in all genres from commercials, films. I have a strong background as a lighting DP
I shoot all formats, film or digital. I have a lot of experience with HD / digital production and own several HD camera packages - Sony F900 CineAlta, and Sony EX3 XDCAM - all have lots of accessories. I have RED One and ARRI 535b packages available for commercial productions. In addition, I have an HDCAM deck and XDCAM drive available for rent or to transfer shot footage to drives, etc.

Chandra Mouli Cinematography has been in the industry since 1990.

Chandra Mouli received his B.Sc., from the S.V. University of Tirupati A.P India, he later moved to Chennai (formerly known as Madras, India), where he studied film making and specialized in cinematography.

He has received a degree

Chandra Mouli received his B.Sc., from the S.V. University of Tirupati A.P India, he later moved to Chennai (formerly known as Madras, India), where he studied film making and specialized in cinematography.

He has received a degree in film (D.F.Tech) After graduation, he joined Ashok Kumar, a veteran South Indian Cinematographer as a Chief Assistant, he was quickly recognized for his passion, dedication and hard work, he was promoted to Camera Operator's position and as a second-unit Director of Photography on more than 25 feature films.

Early in 1991, Chandra decided to pursue his lifelong dream of becoming a Director of Photography, and with completing over dozen feature film credits, by 1998 he had produced a popular children TV Series titled "ZEE... BOOM... BHA..." for U.T.V (a premiere studio which produced the acclaimed director Mira Nair's film The Namesake)
To-date, Chandra has acted as a director of photography for more than 200 hours of television series and content.

In the year 2000, he moved to New York, and has collaborated with renowned cinematographers Fred Murphy ASC (The Mothman Prophecies), Ken Kelsch ASC (The Medium, Bad Lieutenant).

During that period met with the acclaimed Film Director Jag Mundhra, Chandra saw the opportunity and moved to London to work with him as Director of Photography, this relationship, has culminated to a strong working partnership on several of his feature films. 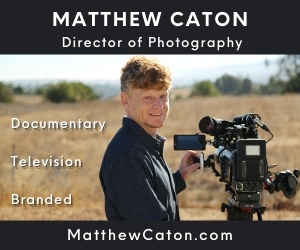