Sebastian Kauderer was born in Buenos Aires, Argentina. He started playing piano at the age of 8 and began his formal education studying music and piano with Manuel Fraga in 1998 for seven years. In 2002, he attended to Escuela de Musica Contemporanea, to study piano with Ernesto Jodos and composition with Juan “Pollo” Raffo, where he graduated with honors in 2004. In 2003 he won a scholarship to study in Berklee College of Music in Boston, USA. He also continuously performed at the most well known jazz clubs in Buenos Aires. He worked with his father, Emilio Kauderer, in movies like Friends & Lovers, Conversations with God, Adios Momo and Quantum Project, orchestrating and composing music, as well as the miniseries Vientos de Agua, that was shown in Europe and South America and won the Martin Fierro for Best Song and Original Music.
In 2005 he moved to Boston to complete a degree in Jazz Composition at Berklee College of Music. In recognition of his outstanding musicianship he was awarded in 2006 with the prestigious "Herb Pomeroy Award" for outstanding composition and arrangements given by the Jazz Composition Department.
He has studied with Joanne Brackeen, Frank Carlberg, Greg Hopkins, Ed Tomassi, Dave Santoro, Ken Pullig, Alain Mallet and Oscar Stagnaro among many others.
He performed, recorded and shared sessions with many different musicians in Boston such as Oscar Feldman, Victor Mendoza, Dave Hollender, Fernando Brandao and Andres Rotmistrovsky among others.
In 2007 he graduated with honors from Berklee College of Music, and returned to Argentina, where he was continuously working in films.
In 2008 he composed and produced music for the Argentinean and Mexican version of "High School Musical", and worked in the TV series "Habia una vez un club" and "Sueños de Radio", while he was composing music for an American movie in Los Angeles. That same November he started to compose the music for the latest movie directed by Juan Jose Campanella, working with Federico Jusid.
In 2009, the movie "The Secret in Their Eyes" has its premiere in Argentina and Spain, where it received the best critics winning the Clarin Award and Sur Award for best Original Music in Film. In 2010, the movie won the Premio Goya and the Academy Award for Best Foreign Language Film as also the Condor de Plata Award for Best Original Music in Film, while he was scoring "La Revolucion es un Sueño Eterno", movie that was released in the mark of Argentina’s bicentenary.
Last year he worked in Gustavo Santaolallas’s new musical “Arrabal” directed by Broadway-choreographer Sergio Trujillo.
Today, he is composing for an animated feature and for “The Mule”, a drama featuring Sharon Stone. 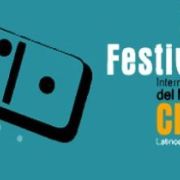