With headquarters located in Munich, Germany, ARRI was founded in 1917 and is the world's leading designer, manufacturer and distributor of motion picture camera, digital intermediate (DI) and lighting equipment. The ARRI group comprises a global network of subsidiaries and partners covering every facet of the film industry, including worldwide camera, grip and lighting equipment rental through ARRI Rental; turnkey lighting solutions through the ARRI System Group; and film production, postproduction, lab services, visual effects and distribution through ARRI Media. In 2013 ARRI Medical was founded to utilize ARRI’s core imaging technology and know-how for medical applications.

An interview from the 2019 International Broadcasting Convention in Amsterdam with Marc Shipman-Mueller of ARRI. With headquarters located in Munich, Germany, ARRI was founded in 1917 and is the world's leading designer, manufacturer and distributor of motion picture camera, digital intermediate (DI) and lighting equipment. The ARRI group comprises a global network of subsidiaries and partners covering every facet of the film industry, including worldwide camera, grip and lighting equipment rental through ARRI Rental; turnkey lighting solutions through the ARRI System Group; and film production, postproduction, lab services, visual effects and distribution through ARRI Media. After extensive testing, ARRI quality control has approved the final production software for the ALEXA Mini LF. Cameras featuring this software will start shipping September 18, 2019. Owners of pre-production cameras can download the updated software and install it on their cameras. “Large format is taking off now,” says Stephan Schenk, Managing Director of ARRI Cine Technik and responsible for ARRI’s Business Unit Camera Systems. “In 2018, when we introduced the ARRI large-format camera system with the ALEXA LF camera, ARRI Signature Prime lenses, and LPL lens mount, the production community was excited to try something new. By now, many have worked with the ALEXA LF and are appreciative of the unique large-format look of our LF sensor. Now that the ALEXA Mini LF is officially shipping, we can offer the perfect team of tools. Together, the fully-featured, high-speed ALEXA LF and the small and lightweight ALEXA Mini LF can tackle any job.” Both cameras share the same large-format sensor based on technology used in all ARRI digital cameras. Therefore, both share ARRI’s best overall image quality with the highest dynamic range of any production camera as well as ARRI color science for natural colorimetry, pleasing skin tones, clean VFX, and easy color grading. However, the LF sensor has twice the area of Super 35 sensors for that unique large-format look, increased sharpness, higher contrast, and smoother images combined with a lower noise floor for higher usable sensitivity. The ALEXA Mini LF manages to fit that huge sensor in a Mini-sized body, with many new features like a media bay for the new Codex Compact Drives, a new high-contrast and high-resolution viewfinder with an additional flip-out monitor, internal motorized full spectrum ND filters, built-in microphones, additional accessory power connectors, genlock sync, and much more. The ALEXA Mini LF records Apple ProRes or ARRIRAW in-camera without any add-ons and runs on 12 or 24 Volts. Since it is almost the same size and weight as the ALEXA Mini, the ALEXA Mini LF is compatible with most ALEXA Mini mechanical and electronic accessories, making deployment fast and easy. The LPL lens mount is perfect for ARRI Signature Prime lenses as well as for other manufacturers’ large-format lenses, and the PL-to-LPL adapter allows the use of all PL mount lenses. Using the stand-alone ARRI Wireless Video Transmitter WVT-1, the ALEXA Mini LF can easily become part of the full ARRI wireless video system, which is gaining in popularity. Marc Shipman-Mueller, Product Manager Camera Systems at ARRI, adds: “After we announced the ALEXA Mini LF, demand was so great, and many cinematographers really wanted to use the camera on their projects, that we decided to make pre-production cameras available before the official shipping date. We are happy that the pre-production camera’s performance has met our customer’s expectations. ALEXA Mini LFs have been on some spectacular high-end feature films, commercials, and TV series already and cinematographers are very pleased with the results. All that we have learned from those productions has, of course, been incorporated into the final production software.” Owners of pre-production ALEXA Mini LF cameras will be happy to hear that there have been no changes to the hardware from pre-production to production. They can download the production software from www.arri.com and easily update their cameras at any time. “1917” – Cinematographer Roger Deakins The first to receive a working prototype of the ALEXA Mini LF was multiple-award winning cinematographer Roger Deakins CBE, ASC, BSC. He used the ALEXA Mini LF together with ARRI Signature Primes, and ARRI TRINITY camera stabilizer system on the World War 1 epic “1917.” Roger Deakins: “The image that the Mini LF and the Signature Primes produce seems, to me, more like what my eyes see than anything else I have experienced so far.” “Dune” – Cinematographer Greig Fraser Tackling the enormous depth of the world’s best-selling science fiction novel, cinematographer Greig Fraser ASC, ACS and director Denis Villeneuve finished shooting “Dune” in August, 2019. Shot primarily with ALEXA LF, Panavision Ultra Vista, and H-series large-format lenses, during the last months of shooting they also used an ALEXA Mini LF prototype. Greig Fraser comments: “Using the ALEXA LF gives me a greater dimensionality, a combination of a bigger field of view, and a shallower depth of field. I easily could push the ALEXA LF to 2000 ASA with no visible noise but a very pleasant texture. The Mini LF has made possible what I thought was previously impossible with large-format photography. The freedom it allows me as a DP, to move the camera in whatever way I feel is best, is unbeatable. Congratulations on successfully and constantly pushing the boundaries in technology, making my job even more exciting!” For more information please visit: http://www.ARRI.com 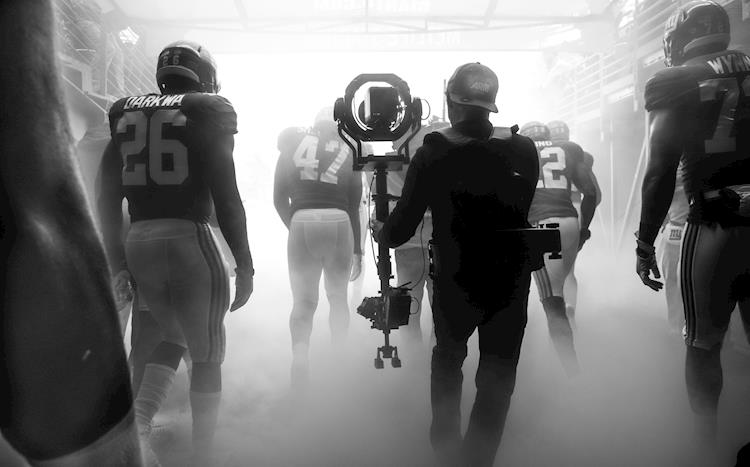 From digital cameras to 8K workflows, video and sports production have been in a seemingly constant state of evolution. Veteran Steadicam operator and production specialist Alan Lennox has worked on… 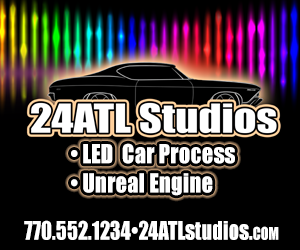