Through Treasure, where Mark served as Co-Chairman and Chief Executive Officer until 2011, he and Jesse co-produced the gritty 2005 urban thriller Harsh Times by director and screenwriter David Ayer (Training Day), which starred Christian Bale (The Dark Knight), Eva Longoria (Desperate Housewives) and Freddy Rodriguez (Six Feet Under). Mark also produced a documentary on the making of the film, which was released on the film’s DVD by the Weinstein Company.

Mark subsequently developed and co-executive produced the family-friendly made-for-television movie You’ve Got A Friend for The Hallmark Channel. Directed by long-time TV helmer Jim Contner, the film stars John Schneider (The Dukes of Hazzard), Dylan McLaughlin (Kicking & Screaming) and Bitty Schram (Monk). It premiered on Hallmark in 2007 to the channel’s highest ever June ratings.

Shortly thereafter, Mark produced and served as production manager on the independent comedy feature Man Overboard, which aired on cable television in the U.S. and on HBO in Europe through 2009 and 2010. He followed that up in 2011 with the horror web series Chopper, starring Tyler Mane (Halloween) and Andrew Bryniarski (Texas Chainsaw Massacre), based on the popular comic book.

Mark then transitioned to more dramatic fare, serving as lead producer of the award-winning Chinese-American romance film Comfort, which premiered in competition at Cinequest, and as associate producer on the Southern noir thriller Mississippi Murder, starring Malcolm McDowell (A Clockwork Orange) and Luke Goss (Blade II).

In the spring of 2015, he produced a holiday film called A New York Christmas, to be released by Shoreline, starring Jamie Bamber (Battlestar Galactica), Tracie Thoms (Deathproof) and Jasika Nicole (Fringe). He quickly followed that up as co-producer and UPM on Pray for Rain from ESX Productions and Lucas Oil, which starred Jane Seymour (Wedding Crashers), John Heard (Home Alone) and Paul Rodriguez (Born in East LA).

Mark most recently produced horror movie The Basement, starring Mischa Barton (The O.C.). He will follow that up with several darker-themed feature projects, including sci-fi flick Strand from writer-director Lloyd Lee Barnett; an untitled found footage thriller to shoot in Tennessee; and the much-anticipated horror anthology The Gathering, featuring an ensemble cast that includes Simon Pegg (Shaun of the Dead), Robert Englund (A Nightmare on Elm St.) and William Sadler (Die Hard 2).

He is currently in post on the Chinese new media mini-series The Offer. In addition, he is packaging a feature comedy called Multiplexing with Savage Steve Holland (Better Off Dead) directing. The cast includes Jon Heder (Napoleon Dynamite), Danielle Panabaker (Friday the 13th), Rob Schneider (Deuce Bigalow) and Hilary Duff (Raise Your Voice).

Before starting Treasure Entertainment, Mark held positions at Outlaw Productions (Training Day, The Santa Clause I & II), Film Roman (The Simpsons, My First Mister), and literary agency Ken Sherman & Associates. He graduated number one in his class with a bachelor of arts in film studies from UC Santa Barbara and earned a master of fine arts in motion picture and television producing from the UCLA School of Theater, Film and Television.

He currently lives in Los Angeles and serves as a freelance producer, line producer, production manager, post production supervisor and development consultant. He is a member of the Producers Guild of America, and often serves as a mentor for younger, up-and-coming producers. 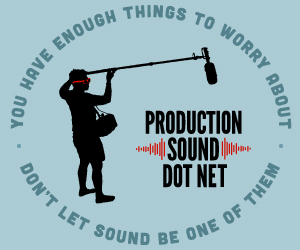