Four-time Emmy Award winning Director, Editor, Cinematographer, Ray Ellis is co-founder of Footpath Pictures, a documentary production company dedicated to inspiring social change through film. He is a voting member of the National Academy of Television Arts and Sciences, and a member of the International Documentary Association, Independent Film Project, American Film Institute, and the National Press Photographers Association.

Ellis’ work in characterized by a commitment to the core values of creativity, teamwork, respect and service. He has worked in the independent film and documentary film world and with commercial, non-profit, corporate and broadcast clients designing projects that enlighten, engage and inspire. Currently, he is director of photography for the documentary feature film, “GenX: A Chemical Cocktail” that is scheduled for release in 2022. His production credits include: “Certain Proof”, a feature documentary on children with cerebral palsy, “Namibia, The Last Desert Eden”, a short on the rare African Black Rhino; a myriad of short films for international non-profits such as The Nature Conservancy, CARE and Cross-Cultural Solutions; and numerous commercial spots for advertising agencies and corporate clients.

In 2002, Ray and his wife Susan formed Footpath Pictures to produce documentaries that reflect a social awareness on a range of topics of global importance. They specialize in international production having completed numerous projects in Nepal, Africa, Central and South America and throughout Europe. 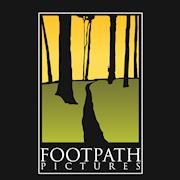 Director, DP, Editor – The Music Inside

Director, DP, Editor – Certain Proof: A Question of Worth