Responsibilities Include: A/V support for all types of Broadcast, Special Events, & Live Concerts around the U.S. Studios, Arena's, & Stadium type Venues.
Delegate up to 40+ person crews. (Excelled in FOH & Monitor Positions w/ Yamaha Digital boards such as but not limited to the M-7, LS-9,& the PM-5D
Including but not limited to: Setting up, Testing & Teardown of all P.A. Systems, Video, Wireless & Wired Clear Com, & Media Support.
Proficient in troubleshooting Audio, Video, & Lighting…

Responsibilities Include: Crew leader for all events at the The Amway Arena & Citrus Bowl Venues. Delegated up to 40+ person crews. Including but not limited to: Setting up, Testing & Teardown of all P.A. Systems, Phones, Video, Wireless & Wired Clear Com, Referee Wistlepacks, & Media Support. As well as all Audio & Video Feeds going to and from TV Trucks, Video Room, A/V Booth, FOH, & Monitors 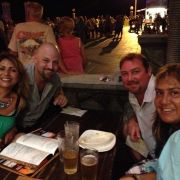 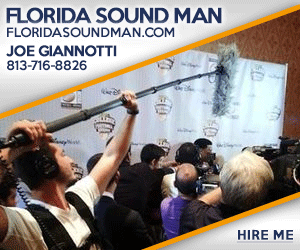