Mike Cullen is a Videographer, Editor, Audio Engineer, Director, Producer, and media fanatic. Mike’s love for media began at age 7 when he saw a WWE promo that was shot in a control room. Seeing the numerous screens and audio boards faders and meters moving, Mike’s fate was sealed. Fast forward about ten years into high school, Mike developed a deep love of music, enhancing his listening abilities. It was during this time that Mike started attending local shows, getting ideas for shots and staging. Enrolling at Marist College in Poughkeepsie, NY, Mike studied Radio, TV and Film Production, and minored in Music. While at Marist, Mike interned with Atlantic Records in the Radio Promotions Department, giving him insight to not only the world of music production, but also to the business side.

After graduating from Marist, Mike worked freelance for several companies, including KVL Audio Visual Services, 4 Horseman Theatricals, Mount Sinai Telemedicine, Good for You Productions, and Cablevision Networks, including the award-winning News 12 Westchester. While working freelance, Mike handled a number of responsibilities, including that as PA, Best Boy, Grip, Audio Operator, Audio Engineer, Audio Editor, Videographer, Photographer, Editor, Producer and Director. His experiences with these companies in these numerous positions, along with a proficiency in numerous softwares including Adobe Premiere, Audition and After Effects, Final Cut Pro 7 and X, Avid Media Composer and ProTools, Roxio Toast Titanium, Microsoft Office, and more, Mike's skills are well-rounded, making him a desired worker for numerous production houses.

In 2014, Mike became the Videographer-in-Residence at the Lakeland Central School District in Shrub Oak, NY. Through his work here, Mike is able to not only inform the public of what’s going on in the district, but is able to educate a new generation of media fanatics, kids who grew up with screens right in their pockets on their phones, about the more intricate details of media production.

With so much experience, Mike's future in media is golden. 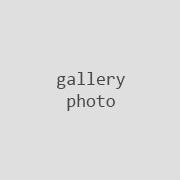