I can and have worked under pressure and I am completely comfortable managing teams and projects with deadlines.

I have complete understanding of 35mm film and digital based productions and can manage all aspects of production. My other experiences as camera operator, sound effects designer and picture editor ensure that I have all areas of production and post covered from personal experience.

I am an expert at solving complex creative and technical issues

I have worked all over the world under all conditions from Jordan in the Middle East to Northern Canada and in Australia on the Matrix sequels and in New Zealand on the Lord of the Rings:ROTK.

I have a wide and varied creative - technical background which can offer production many different benefits. I can design the complete visual effects package, vendor breakdown and selection and the data workflow from the script, and provide analysis and costing to the line producer for any digital production-post for shooting in 2D or 3D or even 2D with a 3D conversion potential.

For the past 5 years I production designed an “immersive theatrical interpretation” event for the Liberty Entertainment Group called “Legends of Horror” to run the month of October beginning in 2017 at one of the top event spaces in Toronto called Casa Loma. www.casaloma.org

I had 3 ½ months to break down the creative director’s 200+ page, ever evolving bible and design and install the work. The building is a 100 year old 65,000 square foot Gothic Revival Mansion and is a Heritage site so work had to be careful. Needless to say that the electrical power challenges were the first to tackle.

Incidentally when the Liberty Entertainment Group acquired the building 4 years ago I was the person hired to design and install the audio, video and lighting systems so I was well familiar with the premises. At that time we ran nearly 7 miles of CAT6 cable throughout the building. Providing 128 patch points in groups of 8 throughout the building and all terminating in a patchbay in the basement. Each 8 gang patchpoint provides 3 user definable patches, 1 dedicated video (BALUN) connection, 1 Dante connection, 1 Ethernet LAN connection, 2 x DMX (Not CAT6) dedicated connections which are universe 1 or 2 selectable in the basement.

For projectors, we employed 4 x Barco 20K HDX-W20 projectors for projection mapping the entire south face of the building installed in 2 x 20’ custom steel towers, 8 x Casio laser XJ-H1700 for the rear projection screens and 4 x Casio XJ-UT310ws all installed in custom IP-65 cases. Additionally, there were RGB LED strips with DMX control over 10 zones attached to the existing brick and stone perimeter walls to provide surround lighting on the lower terrace which is larger than a football field.
Inside the property there was a saloon to light in the building’s cafe, where I used 19 Blizzard lighting Mini COBs suspended from the ceiling and 4 x Turbosound iP2000 modular column speakers for the music system.

The remainder of the interior of the mansion being used for the event, as the main public spaces of the mansion were still open to tourists during the day, was an 850 foot long tunnel where I had 80 full colour Gantom DMX small format LED IP 65 lights installed, all individually DMXed, 30 or so pico projectors for lofting imagery on the walls, ceilings and floors, 2 Antari FT100 fog machines and 24 x 70v speakers that were separated into 8 independent zones.

The tour ends in four installations in the horse stable which adds another 4 zones to the project.

I can provide you with contact information to the creative Director Nadia DiDonato upon request.

In 2014 I built the 6500 Lumen Dolby Atmos 9.2.2 equipped screening room for Luc Besson’s Europa Corp at their new headquarters in Beverly Hills. Afterwards the CEO had me build one in his house.

I also built a 9 projector surround video system with 7.1 audio for Casa Loma in their 60 seat cinema in 2013.

I have worked on large projects like The Matrix sequels as a vendor of both motion capture system, video
assist rental, camera rigging design, onset editorial, dailies and trouble shooter and on Lord of the Rings:
Return of the King as the vendor of motion capture and co-designer of the methodology that enabled us to
shoot the Gollum character with motion capture and 35mm film simultaneously and I have worked on small
projects like Captain Abu Raed and I treat each project with the same work ethic.

In addition I have been an AVID editor and owner since the late 1990's. I am a member of the AVID and
ADOBE beta teams and I am familiar with all aspects of production and post.
I am proficient in programming Filemaker Pro databases, sharepoint server, plus Project, Shotgun, Word,
Excel and all the rest of the usual management software.


I supervised VFX on Decoding Annie Parker in Toronto and prior to that I was a workflow
consultant on Immortals - Mirror Mirror and I supervised VFX for Stereotech on Journey
2: The Mysterious Island and Dolphin Tale. (Color matching left and right eye from beam splitter rigs, repairing
issues with alignment disparity, conversion work etc)

I have worked all over the world under all conditions from Jordan in the Middle East to Northern Canada and
in Australia on the Matrix sequels and in New Zealand on the Lord of the Rings:ROTK.

I have a wide and varied creative - technical background which can offer production many different benefits. I
can design the complete visual effects package, vendor breakdown and selection and the data workflow from
the script, and provide analysis and costing to the line producer for any digital production-post for shooting in
2D or 3D or even 2D with a 3D conversion potential.

Thanks for your time. 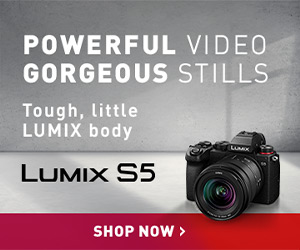