Send Us a Message Visit Our Website See Our location

Other projects include, the mystery thriller, Columbus Circle (2011), starring Selma Blair (Roger Kumble’s Cruel Intentions with Sarah Michelle Gellar and Ryan Phillippe), Amy Smart, Jason Lee, Giovanni Ribisi, Kevin Pollak, and Beau Bridges directed by George Gallo and co-written by Gallo and Kevin Pollak; The Feature Documentary, “After Porn Ends,” which illustrates the rise and fall of several figures in the Porn Industry and their lives after retirement; Darren Lynn Bousman’s (Saw II, III, IV) NINETY a psychological thriller about a wrongfully convicted murderer who escapes prison to seek revenge on those who contributed to his lost years of incarceration; White Boy Rick the true story of a 1980s teenage drug lord in Detroit, Rick “White Boy” Wershe, Jr. who was illegally used as a an FBI confidential informant, only to be sentenced to life in prison for his undercover work; Christmas Traditions, a romantic comedy that explores what happens when an ex-husband and his archenemy, his ex-wife’s divorce attorney are trapped in a ski chalet during the holidays; “Middle Men,” a TV series that chronicles the lives of the characters from the feature film Middle Men, during their meteoric rise to wealth and power; “Brethren of The Coast,” written by William J. MacDonald (Rome, Sliver)and Walt Becker (Van Wilder, Wild Hogs), the true story of Captain Henry Morgan, and how a group of reluctant military officers became the greatest pirates of the age, and many other projects in development. 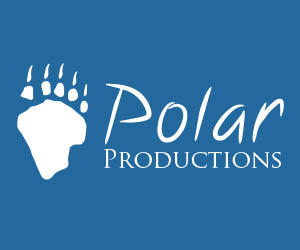