I started my career as grip on set doing music videos in high school with the video production club “Jag 8”. I attended Tennessee State University and worked in production with the college News Department doing freelance video and stage productions for student organizations, which led to my first real big production job with the Stellar Awards.

From that point I moved into a position serving as Technical Director for long-run and touring plays such as Stand, Dance on Widow’s Row, 2 Black TV, Miracle in Rwanda, Zooman and the Sign, The Complete Works of William Shakespeare, Hidden Seduction and A Mother’s Prayer which aired on BET and traveled to various theaters across Tennessee. Additionally, I completed a long term tour with the theatrical play Stand which traveled around the country from Tennessee to California. In addition, I have assisted various entities (including churches, schools and theaters) with technical integration and improvements such as lighting, sound, video, streaming for websites, branding and social media.

I have worked in TV studios ranging from TSU News 98 to Skyway Studios (formerly North Star Studios) and on set with pilots including celebrity chef Delilah Winder’s “A Taste of Gospel” and “Rip the Runway Hair Awards”. My on-air television show experience spans a range of diverse shows such as “Black College Quiz”, "ESPN: Monday Night Football" and the “Stellar Awards” in Nashville, where I worked as a Production Associate and Camera Operator for over 10 years to now Cheddar where I am the Master Control Operator for Cheddar News. I have provided services in the direction of a television reality series for Bravo (“Thicker than Water”) and corporate videos for Skanska. As Lead Video Engineer for Encore Event Technologies, I have performed services such as multi-camera directing, technical directing, project managing and production talent acquisition for numerous corporate meetings, events and concerts, including VPOTUS- NGA Summer Meeting (Vice-President of the United States), Bose, American Red Cross and WBCA (Women's Basketball Coaches Association).

My passion for video eventually leaked into film in 2011 and since then I have served as Producer, Director and Editor on various short films, winning several awards such as Best Directing, Best Screenplay, Best Actor, Best Supporting Actor, 1st Runner Up-Writing, 1st Runner Up-Cinematography, and 2nd Runner Up-Best Film.

My work experience over the years has lent me to having sound knowledge of various technical systems for in-studio, live TV, film and stage productions, and the ability to learn new technologies at a rapid pace. My overall goal is to bring a grade A personality and technical background to every production to take performances from mere shows to overall experiences. 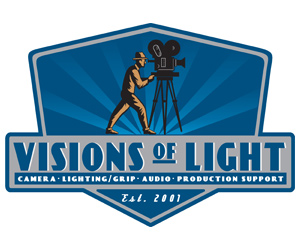