Eddie Bennett has established himself as a professional entertainer with over 16 years of working continuously in the theatre industry. His first professional credit landed him in the lap of well known, L.A. based choreographers, Helene Phillips and Barry Lather. He moved on to national tours and regional theatre credits soon after. His portrayal of Paul in the Jefferson Performing Arts Society production of “A Chorus Line” left “few dry eyes in the audience” and earned him critics praise quoting him as “a new talent we will see more of in the future.” During that time Eddie continued to exceed by joining the Broadway show “CHICAGO: The Musical”. He has toured and still continues to work with the Broadway company. This past year, marked Eddie’s 13th year with “CHICAGO”. He has played every male ensemble role in the Broadway stage production still running at the Ambassador Theatre in NYC.

The year 2008 debut Eddie as a choreographer. In his first year choreographing he put up two full production shows: “Deborah Gibson’s: Pop Goes Broadway”, starring 80’s pop sensation Debbie Gibson, at Harrah’s in Atlantic City and “The Flunky”. Eddie received rave reviews for his choreography for “Pop Goes Broadway” by The Courier Post and The Daily News calling his work “superb” and “wonderfully animated”. The show was hailed as “the very best” in production shows featured in all of Atlantic City in 2008. He also choreographed “The Flunky: A New Musical” in L.A. He worked with top L.A. director Kay Cole on this hilarious new musical. A show that can only be described as “Entourage” meets “The Rocky Horror Picture Show”. This marked Eddie’s first show that is in pre-production for Broadway!

Eddie’s biggest pride and joy is his family. He became a father in 2007, welcoming his now 6 year old son Raz into his life. He continues to work hard and focus on the important things. 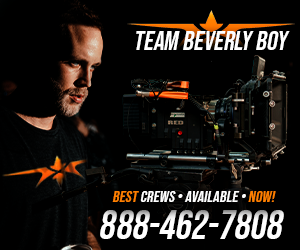