Alexander Tyson is a steadicam operator and underwater camera operator located in Los Angeles. He recieved his Bacherlors of Fine Arts in cinematography and television from Columbia College Hollywood, California. Alexander served as an assitant editor on PBS Television Show - Mark Kistlers Imagination Station as well as a european documentary called "Down and Out in Cannes”. Alexander received recognition for his work on the Television Series PBS Show - Mark Kistler's Imagination Station where he receieved a Regional Emmy Award from the National Academy of Television of Arts and Sciences. The Series of 26 episodes were distributed by NETA National Educational Telecomunications Association. After serving as an assistant editor, Alexander achieved his first Regional Emmy. He continued to pursue a career in the entertainment industry as a steadicam operator and underwater camera operator. Alexander has always excelled at photography and diving from a very young age.

Alexander has received extensive training in both fields of steadicam operating and underwater camera operating. All from leading Professionals in both the television and film industries. He underwent training as a underwater cameraman and learned the industry standards from Underwater Cinematographer Tom Campbell. In addition he underwent training to become an Advanced Open Water Diver on the Great Barrier Reef in Australia. Within a year of him receiving his training as a Advanced Open Water Diver he pursued further training in both Nitrox/Enriched Gas Diving and Rebreather diving. Furthermore he recieved training as an IANTD Poseidon Rebreather Diver on the Poseidon MK-VI. Training took him to La Paz in Baja Mexico where he learned to dive the rebreather with BBC Camera Man Luke Inman. He recently travelled down over the border to the Sea of Cortez and worked on a Mexican Conservation for the Marine Life Documentary with the Mexican Goverment. Alexander received detailed field training alongside team diver and camera man Dale Pearson. Trained on the Deep Red Dragon Epic Gates Housing and own and operate a Sony EX1 Gates Package. Familiar with the both Gates Underwater Housing line including C300, C500, Epic, Scarlet, Red Remote, & Sony F55 and Hydroflex Red Epic Housing. He recently completed a SOC/Hydroflex Underwater Workshop where he received further training on underwater cinematography from Pete Romano and Tom Boyd where he got to utilize both Nauticam and Hydroflex Housing including the Alexa Mini, Sony F55, ARRI Alexa, Red Weapon, and Sony A7S Cameras.

Having trained as a underwater camera man, Alexander also received substanstial training as a steadicam operator through Tiffen Steadicam and completed the steadicam workshop in Lake Arrowhead California. His extensive training in steadicam ensures that he would be a valuable asset as a camera operator. He recently completed a feature called Art of Deception in the Summer of 2013. He has continued to work on various projects such as commercials, thesis films and music videos to name a few.

Alexander always brings real passion, energy, and dedication to your project whether it be on land or underwater. He is always willing to go the extra mile to get the job done. Alexander is a member of the National Academy of Television of Arts and Sciences, S.O.A Steadicam Operators Association , and SG Steadicam Guild. 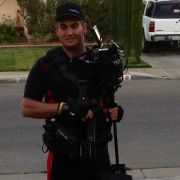 STEADICAM & UNDERWATER CAMERA PHOTOS OF ME ON VARIOUS FILM PROJECTS