L.A. Castle Studios, located in the “Media Capital of the World,” Burbank, California, is perhaps the most technologically advanced 4K television and feature film studio in the world.

We look forward to showing off our studio and doing business with you!

3. Extensive studio lighting and dimming package, including the amazing Digital Sputnik DS1 LED lighting system — the light made famous on productions like Star Wars Rogue 1 and Ant Man & The Wasp

4. Three Arri Alexa-like (but at 4K) Varicam 35 4K cinema cameras — the elite cameras used on productions including Netflix’s Ozark, Anne with an E, Orange is the New Black, Master of None, HBO’s Animals, AMC’s Better Call Saul, and many other major series and feature films.

6. Three Panasonic HPX3000 cameras, combined with an array of Canon HJ series HD zoom lenses. Using the AVC-Intra codec, these superb cameras are among the world’s elite. Cameras are configured for multi-camera studio shoots, complete with remote controls and communication.

14. Teleprompter system — 5 total (one on each of the three cameras and two additional “presidential” prompters that can be positioned anywhere)

16. 13 ft. CamMate Travel Series encoded jib, encoded by General Lift, with motorized pan/tilt and remote zoom/focus, allowing for precisely tracked shots that match perfectly with the virtual sets. This is the famous “Encodacam”, as used on the movie Avatar.

L.A. Castle Studios’ beautiful facility, amazing technology, the latest equipment, and friendly and knowledgeable staff are what you need for your next production. A day rental includes shooting with our full 4K virtual system powered by the Unreal video game engine, crew of five, and access to dressing rooms, makeup rooms, green rooms, writers’ rooms', conference rooms, and the rest of our gorgeous studio building. With our 4K cinema virtual technology, your production can take place anywhere in the universe, past, present, or future, with complete reality.

Save hundreds of thousands of dollars on set construction costs alone. In fact, our set designer also designs sets for NBC, CNBC, and CNN, as well as many other network productions and feature films, so your productions will be stunning, whether you use one of our gorgeous library sets, or have a custom set created just for you.

We can even make your production appear to take place "on-location", with full camera movement, and complete photorealism, from a crowded restaurant, a lonely desert highway, Times Square, outer space -- anywhere you can dream, with true-to-life automatically adjusting 35 mm depth of field. And with live green screen compositing, you'll eliminate surprises, and save thousands in post production costs too.

Our clients include some of the biggest entertainment and media companies in the world, including Disney, CBS, NHK (Japan), BBC, Relativity Media, Viacom (MTV and Spike), CW, NBC, and many others.

We have been in the industry since 2008.

The Unreal Video Game Engine is changing the way Hollywood makes TV series and movies — and no one knows about it. Scenes are being shot anywhere in the universe, past, present or future, by simply aiming a camera at actors in an empty room. Creative doors are being opened, and millions of dollars are being saved. The technology is available at L.A. Castle Studios in Burbank, California. 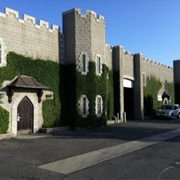 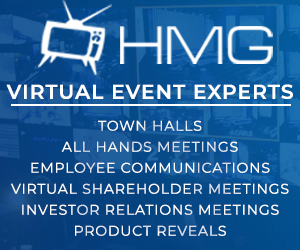