Amber is a professional makeup artist near Boston, MA. With over 15 years experience, she uses makeup for HD and high resolution cameras for the commercial, television and digital film production industries. She has spent many years working in NYC, Dallas and now Boston.

Amber was recognized by Expertise.com as one of the top Boston Makeup Artists and has also been featured in the Beautiful Bride issue of British VOGUE Magazine. She has been a teacher for CMC Makeup School for the Beauty, Bridal, Fashion and Body Paint classes and spent 2 years as the resident makeup artist for the Good Day Show on Fox 4 in Dallas. 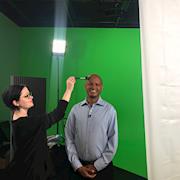 Makeup and Hair by Amber Lynne 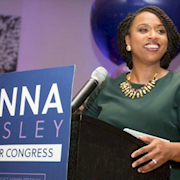 Makeup on Ayanna Pressley - Press and Behind the Scenes Photos 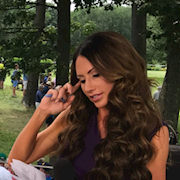 Makeup and Hair Artist – A Lens on Life Docu-Series

Amber is always our first call when we need a make-up and hair artist. Not only is she incredibly good at what she does, but she also has a wonderful personality and always makes people feel at ease, which is crucial for us. Love her to pieces, and I wish I could have her all to myself, but then should couldn't make a difference in your work too. Five stars.

Highly recommend Amber! Our company has used Amber for both corporate photography and video. She is talented, proffessional and easy to work with.