With experience from big-budget major network shows (Silicon Valley, The Mandalorian, Castle, and 30+ others), commercial production (Wen, Dish Network, Mally Beauty, and 20+ others), Corporate Streams (Docusign, Herbalife, Honda, Sodexo, and 15+ others), nonprofit projects (UM Army, Youth For Christ, The Dallas Museum of Art, and 5+ others), with over 500 projects under his belt and 15 years of professional experience, Noah Sargent and his team of professionals have your high-end video needs covered.

Noah (Founder of Corporate Streams) has been nominated for seven Lone Star Emmy Awards (two winners), and has won two Telly awards. Our company's work has been featured by BBC America, Pop Culture Blog for The Dallas Morning News, FX Luxe, and Cartermatt.

Don't just take our word for it: Check them out for yourself in the links below.

"What it (the video) actually did was bring the house down. The guests that night — most of who politely and dutifully attend black-tie functions frequently — cheered and applauded like sports fans through the six-minute video, which was shot at the DMA and the penthouse of The Joule Hotel, the ball’s presenting sponsor. It played on three gigantic screens moments after everyone was seated in the dinner tent. Fake British accents, silly facial expressions, slapstick comedy: The video has it all, including intrigue, gossip and a cameo at the end that garnered the biggest whoops and hollers of the night. Pour a cup of tea, settle in and enjoy six minutes of self-deprecation."

"We have what has to be one of the smartest museum advertisements that we’ve seen, at least to the extent that we would never be talking about the Dallas Museum of Art on a TV themed news site otherwise. The visuals on this parody are actually quite stunning (which you would certainly expect coming from an art museum), and while the acting and the British accents are at times rather corny, we have to applaud them for finding a new way to get the message out there rather than just some straightforward commercial."

We know you have a lot of options for your Live Streaming needs, but with our experience, positive attitude, and willingness to be flexible, we hope we can win your trust.

"For every 10 days working on paid gigs, I have committed to 1 day of unpaid, nonprofit videography work. Before videography was my full-time gig, this is how I got my experience, and I feel that ministries and churches receiving professional videos for free of charge is a great thing! It has also allowed me to make sure I'm not focused on just the money, and I'm using my skills for a bigger and better purpose. "

We have been in the industry since 2009. 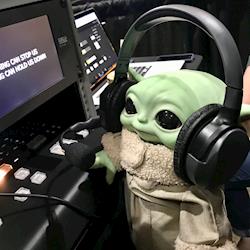 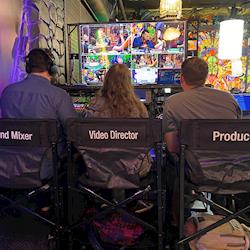 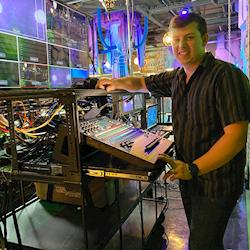 When it comes to video services for webcasts and live streaming events, Corporate Streams is knowledgeable, professional, and reliable. I'm always at ease when Noah is assigned to one of my shows. His technical strengths are only outdone by his interpersonal abilities to effectively communicate with co-workers and clients alike. I highly recommend using Corporate Streams for your next web-streaming and/or video production event.