Jac Cheairs is an award-winning American cinematographer whose work has screened worldwide and is best known for KENOBI: A STAR WARS FAN FILM (2019), THE KISS OFF (2019), and THE LEDGE (2019). His film TIGHTROPE (2018) directed by Andreas Enehaug was an Official Selection of Cannes Film Festival, Court Métrage in 2018. Over the past decade his films have been accepted into film festivals including Sitges International Film Festival (LAST SEEN WEARING), The Montclair Film Festival (GIRLS’ SHOW), and The Williamsburg Indie Film Festival (BEN N’ ANNA) . The International Cinematographers Guild honored Cheairs with winning the 24th Annual Emerging Cinematographer Awards 2021. He was also the Winner of The Fifty 2018 Ad Club CO ‘Confessions of Love’ - I and Love and You.

Cheairs recently wrapped the documentary THE COMPASSION PRISON PROJECT: HONOR YARD directed by Grammy-Award winning producer Fritz Hortzman. Cheairs is currently lensing an ongoing Sundance Funded and Ford Foundation Grant documentary entitled, INTO THE STORM directed by Sandy Salas. The film follows director and filmmaker Sandra Salas history of living with domestic violence in her childhood home and the aftermath of it all as an adult having survived the nightmare.
Cheairs worked with fashion photographer and Director Peter Lindbergh, Director and Cinematographer Wally Pfister, and Academy Award nominated Director John Singleton on the Showtime tv series ‘Billions’.

Jac Cheairs was born in Winfield, Illinois in 1980. His family subsequently lived and he went to school in Wheaton, Illinois. Having been awarded a Merit Scholarship to attend Millikin University in Decatur, Illinois he received his Bachelor of Arts undergraduate degree in 2002. He is a member of the International Cinematography Guild - IATSE Local 600 Western Region, and Los Angeles Roster. Cheairs is based in Hollywood California and is represented by APA Agency. He’s an amateur husband and father of two, and owner to a 13 year old Hungarian Vizsla. When he’s not on set, his family keeps him plenty busy.

Family drama turns tragic when a housewife approaches her husband's brother to help them conceive a child. 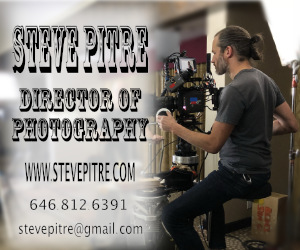