Our team of artists, supervisors and technicians has a consistent track record of delivering creative work, on budget, and with exceptional service. Moonshine has developed the talent and infrastructure to execute projects of any size and complexity.

We provide start-to-finish post workflows for feature films (tiers 1-3), episodic television programs for broadcast and SVOD, as well as commercials. At our state-of-the-art facilities we provide post services from dailies to finishing, color correction, offline and online editing for features or episodics, ADR, VFX, digital animation, and audio mastering, mixing, and recording.

When we’re not servicing Broadcast Episodics or Big Screen Deliverables, Moonshine is making movies. We have strong roots in the Atlanta film and indie scene and not only do we recognize the importance in cultivating talent, but also in collaborating with new talent – we do this for the sole reason we started our business: better story telling. In just the last 2 years we’ve produced, post-produced and helped make 6 Independent Features (Heavy Water, V/H/S, and Tree House, Spitfire’s “The Circle“), 3 Pilots (“Pepper’s Place,” Fun World, Slow Down ATL aka Partners Paranormal) and several shorts (“Finale”) by Director Jeremy O’Keefe.”

Our services and facility rentals include, but are not limited to:

Sound Stage Rental
Moonshine’s fully equipped 2200sq foot sound stage, located on the Beltline in the Atlanta Old 4th Ward neighborhood, contains a fully loaded grip and elected package with a start-to-finish production space. Additionally, Post Production and Production offices are just on the other side of the stage wall. 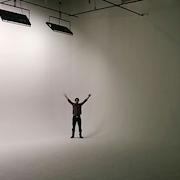