Andrew’s lifelong fascination with movies and television led him to earn a Bachelor of Science degree in Radio, Television, and Film Broadcast from the University of Texas at Austin in 2003. After graduating, Andrew continued to work on commercials, feature films, and television shows, including projects from HBO, NBC, and Richard Linklater’s “Boyhood.” In the fall of 2004, Andrew moved to New York City to work in the media production business. For the next ten years, he worked in the Locations Department on over thirty commercials, feature films, and television shows.

Andrew was instrumental in award-winning projects such as the FX series Damages (2007), starring Glenn Close; Showtime’s The Affair (2014), starring Domenic West; and even The Bourne Ultimatum (2007) with Matt Damon. He had a hand in critically acclaimed works, like the CBS drama Elementary (2012); the Showtime series Masters of Sex (2013); and the HBO series Flight of the Conchords (2007). Andrew also worked on prestigious things like The Hoax (2006) with Richard Gere; the Kristen Wiig dark comedy Skeleton Twins (2014); the NBC action drama Blindspot (2015), and Oliver Stone’s World Trade Center (2006) — the first film to gain access to the Port Authority and other sensitive areas around the World Trade after 9/11. His other notable projects include Richard Donner’s 16 Blocks (2006); It’s Complicated (2009), directed by Nancy Meyers; We Own The Night (2007) with Joaquin Phoenix and Mark Wahlberg, and Be Kind Rewind (2008) with Jack Black.

In the fall of 2015, Andrew relocated to his home state of Texas and co-founded L.A.M.P. Media LLC — a scripted and non-scripted, creative content driven production company in San Antonio, Texas — with his wife and producer Megin Boyles. In addition to local projects, L.A.M.P. Media has been continuing to foster its deep roots in the Texas film community since day one. The company is a member of the Texas Motion Picture Alliance, Andrew is on the advisory board for The San Antonio Film Commission, they hire local film students for internships as part of a goal to help enhance the film community and foster a love of film in future generations. 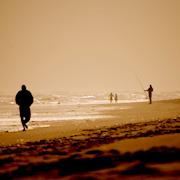 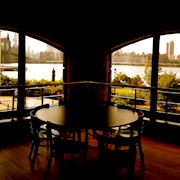 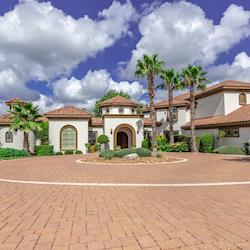 Other – The Soldiers Road Home Foundation

Andrew and Lamp Media are tops in their field. They listen and deliver the best solutions when it comes to finding locations and production. As a Board member of the San Antonio Film Society, Andrew and Lamp give back to the film/tv community with their time and resources.