As the founder of Epic Flight Films and European-American Motion Picture Group, American film director Larry A. Burns, Jr. has worked in the film and music industry in Hollywood, California since 1998 in both TV and major motion pictures in production and acting as well as Artist Relations, Management and Development and has worked directly with dozens of bands as well as booking for hundreds of bands in Hollywood and the greater Los Angeles area. The 46 year old entrepreneur, husband and father of two, has worked in the business world for more than two decades owning and operating nine businesses.

After a tour of duty serving in the United States Air Force during Operation Desert Storm, Larry broke into the music and film industry in Hollywood in the late 90’s as he owned and operated three hot Los Angeles music venues called Holy Grounds Christian Coffee House where he became widely known and connected and later became the chief editor of one of Hollywood’s two Sunset Strip entertainment music magazines, Night Moves Magazine. Having worked with dozens of up and coming Los Angeles bands, Larry was sought after in band management and as an artist/live performance consultant. Larry pioneered the artist relations department for the South Bay of Los Angeles for the retail chain, Guitar Center where he worked with a number of multi-platinum artists. Stepping further into the mainstream industry, Larry was inducted in 2001 as the Executive Vice President of Artist Relations for the renowned Hip Hop record label, Ruff Ryders for the West Coast branch.

Larry has worked diligently, building his career as a filmmaker, director, editor, [uav pilot, aerial cinematographer with 37 years of RC flight experience], cinematographer, musician, graphic artist and writer, with several scripts and films to his credit. Larry as well as his father Larry A Burns Sr, his mother Donna J Burns and middle brother filmmaker/director David Scott Burns, are all members of the Screen Actors Guild. Quote from Larry A. Burns, Jr., “Music and film go hand in hand. Without music you couldn’t feel what’s happening. It is powerful. It sways emotions; it changes moods. The only reason that movies even work is because of the powerful force that is behind the music. I’m a musician and understand its power. Music captures your audience and takes them on a ride through the many twists, turns, valleys and peaks of your film.”

Larry is also an ordained minister and has pastored four congregations since 2003, working from 2007 to 2011 with the U.S. military chaplain services in Southern Germany with the single airmen and soldiers within the community where they served as well with the wounded warrior program at Landstuhl Regional Medical Center. Larry also taught film production to the single U.S. Air Force members where he built several film crews used to film various projects, including, World War II film, “Remember the Fallen”, as well as the independent feature film, “Guardians”, National Geographic licensed film, “Land of Sciacchetra’ – Passion, Culture, Legacy & Life” and the sequel, “Land of Sciacchetra’ – La Famiglia Bonfiglio”. He also wrote and created a film production curriculum for the internship program of the military high school system in Southern Germany. Larry continues to serve in his God-given passion, writing, directing and producing films.

This was a governmental film that we produced for a Northern California city to boost awareness of the charm and marketability of their city to bring in investors and land developers to boost their economy. Epic Flight Films produced every aspect of this film. 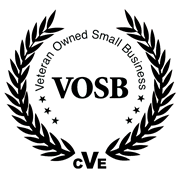 We at Epic Flight Films are a proud, registered, Veteran Owned Small Business (VSOB, VETBIZ), with the U.S. Department of Veterans Affairs. We continue to served our country beyond our military career, within the film production community to bring to you the overall highest quality film production services to bring your film project, business, product or brand to new heights.

Work with Larry A Burns Jr

Work with Larry A Burns Jr