Member of The Video Consortium
Contributor at Getty Images

Based in Buenos Aires, working around Latin America. Celebrating 20 years of professional career in 2021. Producer and Camera Operator for high-quality audio-visual content within international standards.

To read some clients and colleagues recommendations of my work, please visit my LinkedIn profile.

Dorita lives and works in a public school in the middle of the beautiful Calchaqui valley, deep inside the hills of Tucumán province (Argentina). She cooks every day; in the morning, in the afternoon and evening. Every meal she prepare is made with love. Her food brings with it the homemade taste from whom cooks it with dedication. Dorita's hands are unique. The love she feels for these children is present in every meal she makes. The smell and the taste of her food will remain in those kids memories for the rest of their lives. Dorita will always be that amazing and mysterious lady of a blue apron cooking next to the window. The old knife over the wooden table, the boiling pileup on a firewood, her smile... those images will last forever in the mind, heart and soul of this kids. 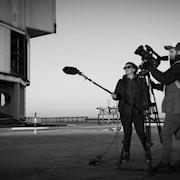