Brandon Dumlao is a director, editor and cinematographer. His most recent projects include cinematography and executive producing of VH1 Rock docs ATL: The Untold Story of Atlanta’s Rise in the Rap Game, editing Behind The Music: Ludacris, in addition to editing and executive producing Real Change: Artists For Education, a one-hour prime time special that aired on CBS that includes interviews and performances with Pitbull, Justin Bieber, Miley Cyrus, Lady Antebellum, Jason Mraz, Quincy Jones, Matthew Morrison and LMFAO. Cinematography for HBO's Vice News Tonight and Directing The Number 8 Project: A bio for NHL Sharks team captain and olympian Joe Pavelski.

Brandon was an editor and animator on the theatrical documentary Far Out Isn’t Far Enough: The Tomi Ungerer Story about the subversive and perverse Alsatian illustrator and author Tomi Ungerer. First Run Features picked up North American rights, Paris-based Le Pacte is handling French distribution and International sales (non-English), and PBS Distribution has scooped up English-speaking territories outside of North America. Far Out had its theatrical opening in New York at the esteemed Lincoln Plaza Cinemas and was nominated for a 2014 Producers Guild Award.

He also edited the film The Magic City for director R. Malcolm Jones. The film is Jones’ directorial debut and boasts a talented cast that includes Keith David, Jenifer Lewis and Jamie Hector (The Wire).

Brandon spent over ten years as an editor and director of commercials and music videos. He has directed domestic and international campaigns for brands including Johnson & Johnson, HP, Esserman International and Ford and his music video resume includes some of the brightest names in national and international music: Akon, Young Joc, Snoop Dog, Freddy Jackson, Talia, Ivy Queen, Daddy Yankee, Winston and Yandel, Alex and Fido, Toby Love, Trick Daddy and Trina.

From Muhammad Ali hitting the speed bag with fellow heavy weight champion Lennox Lewis, to laying on a patch of ice documenting seals in the sub zero waters near Newfoundland, his work as a cinematographer has allowed him to work with living legends and travel the world. Brandon has also been lead editor on shows for Discovery Channel, Science Channel, A&E, ID and HBO, and post-production supervisor for the successful “Shark Week” series Day of the Shark for Discovery Channel’s Shark Week. 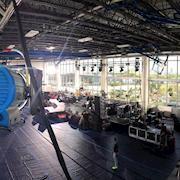 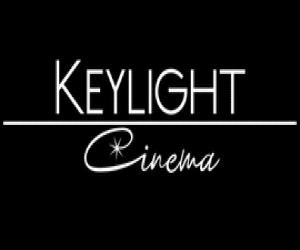