I have nearly 20 years of experience as a director, editor, and writer in comedy commercials, films and entertainment for a who’s who of Ad Agencies, Television Networks, and Fortune 500 Companies. My work has been in AdWeek, TIME, Variety, The New York Times, on Comedy Central, Canal+, and streaming platforms around the world.

Currently, I freelance direct everything from large budget spots for global brands like Chase and Pizza Hut, to network promos, to social content. I’m particularly known for dialogue, visual comedy, improvisation, and celebrities.

Early in my career, I edited national and global large-budget commercials for nearly every major advertising agency in New York.

In 2009, my directing debut, “Expiration” was selected for SXSW and was featured on Comedy Central. As a result, I was featured in the SHOOT Director’s Issue and invited to serve as a film juror for the Friars Club.

In 2012 my film “Harry Grows Up” was sold for worldwide distribution and translated to seven languages, won twenty awards, and featured in publications from Variety to the New York Times.

During this time I was also a director, writer, and Executive Producer of the FullScreen comedy sketch channel, Daily Fiber Films.

In 2016, I directed, co-produced, and helped develop a campaign for Tide to Go that went viral, with over a million views in the first 24 hours and featured everywhere from Time to Adweek to Forbes.

As a writer, I have sold a screenplay, had three short films produced, and had multiple sketches filmed including contributions to Funny or Die.

Outside of work, I’m a proud husband and dad, and at different times have been a Jazz Guitarist, a Kung Fu junior black belt, a photographer, and a BBQ aficionado. 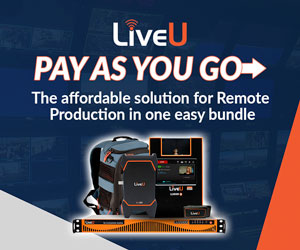