Unnikrishnan Raveendranathen (Unni Rav) is a cinematographer based in the Bay Area, California. Unni has worked on several different productions, including independent features, narrative shorts, documentaries, commercials, and corporate films. In 2019, he won the Oniros Film Award for Best Cinematography for Independent Feature Film and the European Independent Film Platinum Award for Best Cinematographer for his recent independent feature film, “DNA." His short film “Kevin” won the best short film award in 2016 at the Philadelphia International Film Festival while his short film “Status Change” received the best mini short film mention at the Miami Independent Film Festival in 2015. Two of his narrative shorts, “Flame” and “Click,” were selected in the short film corner competition of Festival de Cannes in 2013 and 2014, respectively. Unni’s commercial client list includes Burger King, Calvin Klein, Harley Davidson, Target, BYD Auto, Lonely Planet, Humanity & Inclusion – Handicap International, and AARP. His documentary projects include "Magnitude 7.0 – Haiti" and "SHE" and "World War II Veterans- India," for which he won several photography awards. Unni attended the ASC Master Class in 2017 and is a member of the Society of Camera Operators (SOC) and the Art Directors Club (ADC). Unni obtained his Bachelor of Fine Arts (Major in Photojournalism and Documentary Photography) from the prestigious Academy of Art University (San Francisco).
www.unnirav.com 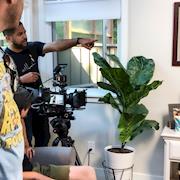 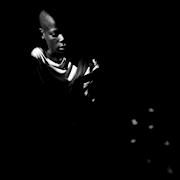 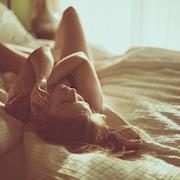 Unni is one of the best cinematographers I have worked with. He had a great creative vision and delivered exactly what my vision was on DNA in record time. I would definitely work with him again and would recommend him in a heartbeat to anyone.
Ashay
Director, DNA
www.ashayjavadekar.com

Graduated from the same school of film and design, Unni and I go way back and worked on multiple projects. I have never seen someone with so much passion for his work. He always tries to match with the leading icons of the industry and that puts him in a different league altogether.
Keeping oneself educated and updated with industry is the key to the kind of work we do. Unni never stops learning and always keeps himself up to date with the rest of the world.
Technically sound and brilliant visual sense, these words are best to describe Unni.
He is the person I always reach out for any of my creative jobs and I highly recommend him.