I'm a writer, DP, director, and producer living and working in NYC. I released my first feature film (Pickings) to theaters via AMC Independent in 2018 and I am currently working on my next one. The Los Angeles Times called me a "director to watch", and my debut feature made it into "The 405’s Top 18 films of 2018" list alongside such hits as "Sorry to Bother You" and "Hereditary". I am currently working for my own film production and distribution company (Dark Passage Films) - got a few interesting projects in the pipeline (both in pre and in post).

In 2016, I wrote, directed and produced my first narrative feature film "Pickings" starring Elyse Price, Joel Bernard, Katie Vincent, Emil Ferzola and Yaron Urbas. Pickings was released to theaters on March 2nd, 2018 and is currently available on VOD, DVD and Blu-Ray. The film was released to favorable reviews and won 6 awards and 11 nominations.

Some of the short films I wrote, directed and produced include: Prego, Fine Dining, Color Fusion, Trapped Inside, Windblown, The Last Frost, HomeBound, Dan the Man, and Dual Action.

I am currently in pre-production for "The Thing with Feathers", a dark comedic feature set in 1886 Westchester. The film will be shot in Upstate NY over the course of 24 days under a $1.6m budget, it's produced by Dark Passage Films and Buffalo 8, in partnership with Slated. 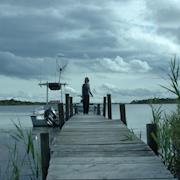 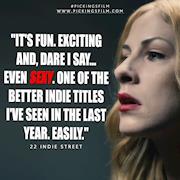