Request a Quote
Send Me a Message Visit My Website

Traditionally trained in classical guitar from age 8 by my grandfather, Edward van Doornum (Concert Master for the Symphony Orchestra of Den Haag), I also ventured out to learn jazz, blues and rock in the years that followed.
​
Completing the AMEB Classical Guitar exams in High School, shortly after I undertook a Bachelor of Composition Degree from the Sydney Conservatorium of Music, graduating in 2007, during which time I performed in and composed for the Conservatorium Chamber Choir. During this time I also composed the original score for several short films, and was awarded second place in the 2006/2007 Allan Zavod Jazz/Classical Composition Award. Upon graduating I have worked as a session performer, composer and arranger for several music and film production companies such as CTC, Level 2, Milko and Maxitone.

In 2009 I traveled to New York for 6 months, during which time I performing at renowned venues such as Joe’s Pub, Rockwood Music Hall and Cameo Gallery with several bands and artists as well my own psychedelic-folk-rock band, eüsh. In 2010, I was awarded the ArtStart Grant from the Australian Arts Council to further enhance my career as a composer/performer, and in 2011 was a finalist in the APRA Professional Development Award. Also that year I recorded a debut, full-length album with eüsh, and composed the original score for the award-winning Australian premier of Stephen Jefrey's play The Libertine through Sport For Jove Theatre Company.

After re-locating to New York City in 2012, I began working as a Audio/Mix Engineer, Producer, Studio Coordinator and assistant to owner Diko Shoturma at Atlantic Sound Studios, where I worked with Grammy Award winning acts such as Snarky Puppy. I also assisted at Trout Recording Studios in Brooklyn with Bryce Goggin, and produced a debut album for NYC based dark-folk band IV, featuring singer Jesse Quattro and multi- instrumentalist Shahzad Ismaily. I also composed the original score for several theatre productions including a new play by Lupe Gehrenbeck entitled Alice In Teresa's Land, which premiered at The Producer's Club in NYC, November 2013.

In 2014 I composed a partial score for an IMAX feature documentary from Helifilms entitled The Earth Wins, and in 2015 I was invited to attend both the ASCAP Film Scoring Workshop and a Songwriters Workshop at NYU. In 2016 I composed and music-supervised a production of ‘Speaking In Tongues’ for the Australian Theatre Company at the Matrix Theatre in Los Angeles. In 2017 I composed the music for several productions such as ‘The Incredible Here And Now’ at Riverside Theatre in Parramatta, ‘DNA’ for Sydney Fringe and for ‘The Normal Heart’ at Darlinghurst Theater.

So far in 2018 I have composed the original score for several theatre productions, including the premier of a new Australian play entitled ‘River At The End Of The Road’ through Sport For Jove Theatre Company. And I am currently working on the 3rd album release for my band eüsh. 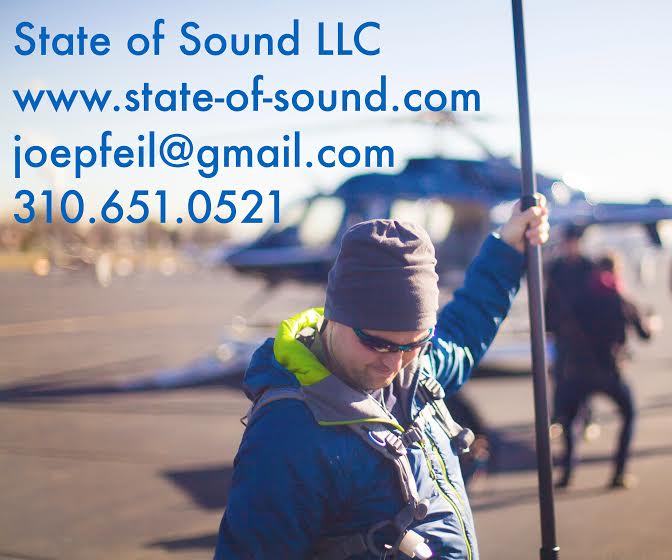