FULL BIO:
From Tampa, Florida, an actor and stylistic filmmaker whose work emphasizes nonlinear storytelling and a dark desaturated lighting/color tone. Graduating in 2010 with a Bachelor of Science Degree in Criminal Justice from the University of Central Florida, Sutliff moved to Los Angeles in 2012. He started his production company, KS Pictures LLC. From there he would produce, write, and direct multiple short films before making his first feature film in 2016.

Keith typically plays a lead or strong supporting role in most of his films as a trademark with a variety of unorthodox, moving, and extreme close up shots which tell the story. Most scripts are written as crime, drama, and thriller based, a genre he enjoys most. Films of influence are The Untouchables, Reservoir Dogs, and Drive. A genre that he believes captivates the audience.

Keith made his first feature film directorial debut with "The Mason Brothers". A Crime/Drama/Thriller he wrote, produced, and played the lead role in. The film had a worldwide premiere at the renowned Grauman's Egyptian Theatre in Los Angeles on April 11th, 2017. The film's theatrical release followed on multiple screens in Los Angeles and Northern California.

Keith was nominated "Best Director" in 2017 from The Hollywood Weekly Magazine Film Festival from his work in "The Mason Brothers". The film went on to win "Best Feature Film" that same year at The Hollywood Weekly Magazine Film Festival. Keith has been nominated for and won numerous awards in the past for his work in film. In early 2018 Keith began pre-production on a second feature film, another Crime/Drama/Thriller based film titled "The Refuge" in which he played the lead role of a getaway driver. The premiere was held at The Egyptian Theatre in Hollywood California June 26th, 2019. The film had a theatrical release in Los Angeles area theaters shortly after.

We have been in the industry since 2012.

Director's Reel from feature film work and other various works. 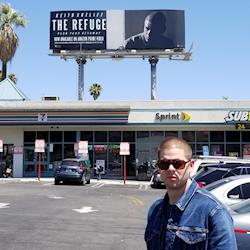