We are your live web streaming video production experts.   With our team we combine our experience producing high end commercial and corporate video along with an intimate understanding of live event production.

Jon Olen is an experienced Producer, Director of Photography, and Video Editor.  Jon graduated from Indiana University in 2002 with a degree in Telecommunications, and got his first job as a Video Assist for an independent film in Chicago (Which film?).  Since then he's worked on a variety of video projects including television shows, movies, commercials, corporate conferences and trade shows, marketing research groups, fundraising and annual reports.  Among his many achievements , Jon had the privilege to work with Potenza Productions on their emmy-winning short film, Emergence, as well as on an Emmy-nominated Comcast Sportsnet commercial, "What a game".

In addition to his wide-ranging freelance experience, Jon was Technical Director on a weekly talk show series, The Whitney Reynolds Show, and Producer for Lake Coast Creative.  In these positions Jon worked with a wide-range of video professionals and talent, and managed technically diverse sets and equipment. Jon's passion for video production, depth of experience, and unique skill-set enabled him to start his company, Olen Video Productions, where he does it all: producing, directing, filming, and editing.  Olen Video Productions' mission is to provide affordable, high-quality video production while developing meaningful and lasting relationships with clients.

Jon lives in Evanston, IL with his wife, son and dog.  When he's not filming you can find him out on the disc golf course chucking discs.

Daniel Sherer has a unique blend of experiences that make him an ideal fit for any production. Growing up as a student of classical piano, Dan became accustomed to the pressures of live performance at a young age. Dan continued studying the piano and music throughout his time at Wesleyan University (class of ‘03) where he earned his Bachelors Degree in Music and expanded his studies to include audio engineering, recording techniques, and music production. After moving to Chicago Dan began working as a sound engineer and performing as a keyboard player.

In 2009 Dan signed on as Production Manager at Arlen Music Productions. His responsibilities there include engineering and managing numerous of events every year in his role as lead sound engineer of a 15-piece dance band. Notably, Dan has been an integral part in coordinating a pressure-packed down-to-the second New Years Eve event at the Bellagio hotel’s annual NYE celebration in Las Vegas.

Dan’s more recent accomplishments come in the field of video production. While continuing his work in audio and music, Dan expanded his capabilities and began working as a video engineer for corporate meetings and webcasts. Over the years he has developed a passion for video production, taking new responsibilities in stride and pressing himself to continue to develop new production techniques. Dan brings all these experiences and knowledge with him as he continues to work running virtual meetings and producing livestreams. Dan’s background as a performer, his deep understanding of Audio and Video workflows and his self-driven desire for perfection give him a unique skill set to draw upon for every production situation.

Bob Stephen is an easy going but hard working production sound engineer, looking to achieve optimal signal to noise ratio for your web stream or video production.  He received his Associates Degree of Applied Sciences degree from Tribeca Flashpoint Media Arts Academy in 2010, with a Music Recording Focus. Upon graduating, Bob was hired as a stagehand in Chicago’s Stagehand Union Local Two. There he served as an audio technician, set builder, and general stagehand. Bob has maintained a good standing relationship with the union and can work with or within the union depending on your production's needs.  During this time, Bob continued to pursue his work as a freelance location sound mixer and recordist for picture.  His first major location audio work was for a feature film called “Jamie and Jessie are not Together”. Since this project, his range of his work has extended into other feature films, commercials, short films, documentary, corporate documentary, reality television, and informational videos.  Some of his “end of line clients” include: Discovery Channel, ESPN, PBS, TBS, TNA Wrestling, and countless other non-television outlets.  Bob prides himself on being a key member of the crew while prioritizing high quality sound, but in a context that makes sense with the end goals of your production in mind, never not bogging the team down with irrelevant observations or unnecessary interruptions of the production's flow.

In addition to this work, Bob is a live sound music engineer for Arlen Music Productions.  Arlen Music Productions is a popular and prolific event band service in the Chicagoland area, providing live entertainment throughout the midwest and much of the country. His duties include front of house mixing, monitor engineering, and lighting.

In addition to his work as a sound engineer, Bob has started video production project managing when the opportunity calls.  Being exposed to some of the best and brightest directors of photography, camera operators, production designers, and gaffers, he has had his passion for photo and video ignited over the past several years.

When you catch Bob outside of work, he is likely to be hanging out with his wife Michelle, and his two children, Robbie & Antonio.  He is an avid baker with a sourdough culture that is over four year old.  He is a kitchen nerd and coffee lover, always trying to perfect his home coffee brew.  He also loves collaborating with his wife Michelle on her growing social media marketing pursuits. He produces much of the visual content for Michelle's various feeds and with this work, he has honed his photo and video productions skills .  He also enjoys shooting photos on adapted vintage prime lenses in his free time.

We have been in the industry since 2001. 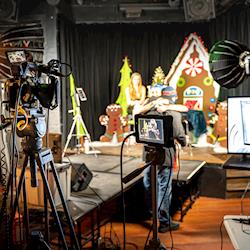 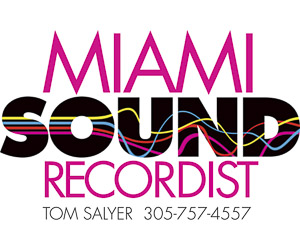